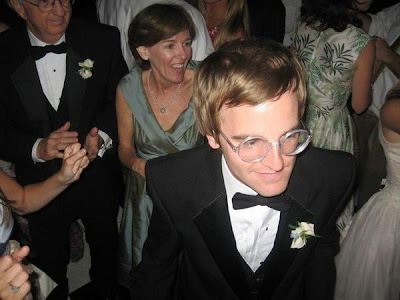 Dent May - "Meet Me in the Garden" - mp3
Finding a loaded showcase can make a night on the streets of CMJ much easier. It eliminates all the running around, half drunk and tired trying to find your way to the next show. That being said, here are two showcases where you could sit all night and relax. We know you won't - but you COULD.

The first is the Paw Tracks/Car Park/Force Field PR showcase at Le Poisson Rouge on Wednesday night (10/22). Highlights here are definitely new-comer Dent May and Beach House. Paw Tracks will release May's debut The Good Feeling Music of Dent May & His Magnificent Ukulele February 2. Apparently he recorded this in a trailer in his home town of Taylor, Mississippi. Yeah, it's a bit of a wait, but his Serge Gainsbourg-inspired tropicalia is certainly worth it. Definitely one to watch for in 2009. 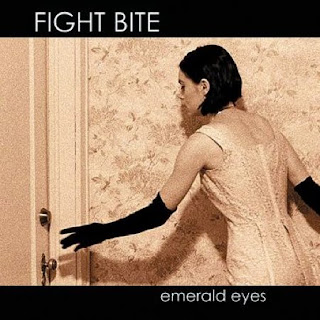 Fite Bite "The Accident" - mp3
That brings us to a loaded Thursday evening (10/23) at Pianos for the Force Field PR showcase featuring Stark favorite Fight Bite, as well as Bell, Crystal Stilts, and Stars Like Fleas. Like we said, you could easily saddle up at Pianos for the entire evening. Texas duo Fight Bite's debut album Emerald Eyes is due October 28th. Emerald Eyes is filled with gauzy synths, lovely reverb-drenched vocals, and melancholy overtones. Put it on the list.

Full set lists and times after the jump...

DJ DUCKCOMB SPINNING ALL NIGHT IN BETWEEN BANDS

DJ ALEXIS GEORGOPOULOS SPINNING ALL NIGHT IN BETWEEN BANDS

Dictated but not read by StarkNY at 2:05 PM