New Release: The Dodos - No Color 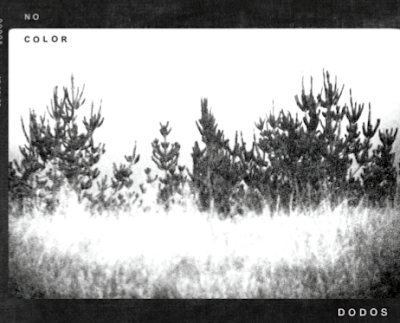 
The Dodos are a subtle band -- this is by no means meant to be negative. They are unassuming, somewhat mysterious, but their music is explosive and ingenious at times. With songs that lean toward gang-vocal choruses, swooping melodies, intricate and highly technical drumming and complex song-contruction, The Dodos are a music-lovers band...It is easy to get lost in their musicianship. No Color, releasing on March 15th via good old Frenchkiss, marks the fourth release by these San Francisco natives. Neko Case joins on this release collaborating on a majority of the songs. We have been fans since the 2008 release of Visiter, an eccentric and near perfect record. 2011 should be an exciting year for The Dodos as they gear up to reemerge on the scene.

Pre-order the new record HERE on Feb.1.
Dictated but not read by thestarkonline at 10:56 AM

Email ThisBlogThis!Share to TwitterShare to FacebookShare to Pinterest
Labels: frenchkiss, No Color, The Dodos