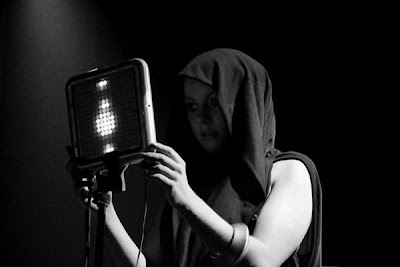 UPDATE: Due to some technical difficulties - this remix isn't available right now. Sucky. BUT - since we love Little Boots and it's the Friday before a long weekend, we figured we should probably just post her killer track "Mathematics again". So - here it is.
[mp3] Little Boots: "Mathematics"
We received this track from Sweet Touch Records let's just say, too long ago, but it has graced the best of our electronic-dance party mixes. This tune bumps. Unless you are bat-blind, you know that Little Boots is ravaging the UK music scene; number one on BBC's Who to Watch in 2009 (former top-spots belong to Adele, Duffy, Ting Tings and Glasvegas,) Boots' Arecibo EP has generated pounds of press. Anticipating a June 8 UK-release of her debut record Hands (pre-order available on UK iTunes only) the buzz for this tenorion (her little light-bright-beat-machine) sensation. Stark contributor Lauren Mooney was lucky enough to catch Little Boots for an interview awhile back.

See a Boots tenorion demonstration for Hot Chip's "Ready for the Floor" after the jump. Pretty amazing.

Dictated but not read by thestarkonline at 10:07 AM