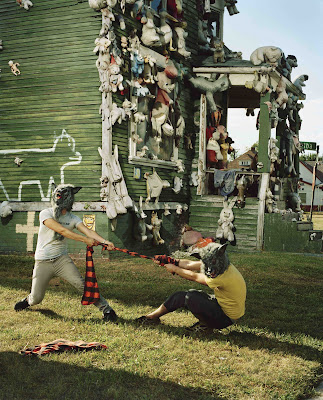 Photographed by Eric Ogden for USA Network's 'Character Project' @ The Heidleberg Project Archives - Detroit, MI
Between the showcase, real life and some awesome shows coming up (Hint: Roadside Graves CD release party) things are pretty crazy in the Stark world. Even though a commenter called us out for being "lazy" (achem that new release Tuesday post took me like 2 hours!) we're gonna drop you a few quick blurbs about some great new music coming up. Check out three great releases after the jump... 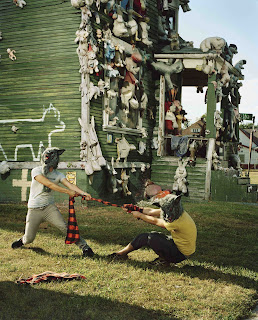 Deastro: Grower EP. We wrote recently about Deastro's upcoming record Moondagger, and how great their unfortunately-overlooked LP Keepers was. While Moondagger is out now digitally, we wanted to make sure to offer you Deastro's free EP Grower. This is a band destined for a big 2009. Shit, even Rolling Stone likes them. 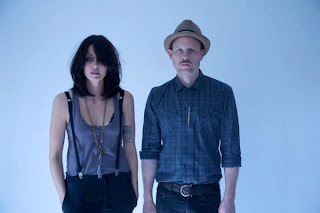 Rainbow Arabia: Kabukimono (July 28th): Rainbow Arabia made a great impression on us with their Basta EP, and now return with Kabukimono, an LP due July 28. While often drawing comparisons to Gang Gang Dance (we're OK with that), Rainbow Arabia add even more middle eastern flair to their desert-dance music, giving them a unique voice and edge against other bands in their genre. 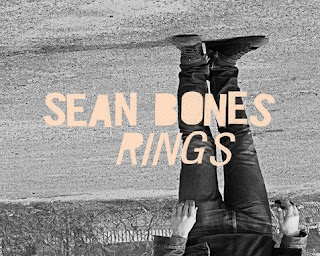 Sean Bones: Rings (7/21 Frenchkiss) Frenchkiss has been hitting them out of the damn park recently. Their roster has swelled with quality artists. Add Sean Bones to that bill. He plays a summery reggae-rock mix that exceeds in its catchiness and fun, even if it lacks a significant amount of depth in parts. He's one of the newest players on the scene starring opposite of Norah Jones in her new flick (she also guests here) and playing a slew of buzzy gigs. Certainly making our summer playlist with room to spare.

Dictated but not read by StarkNY at 1:44 PM