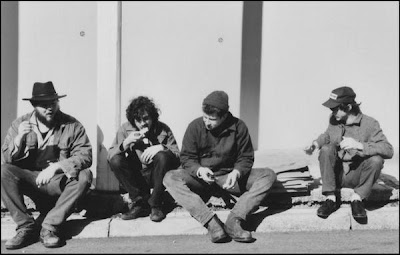 We're still processing a big weekend of music and sun including an amazing Crocodiles show at Pianos on Saturday night... so for now, enjoy some work that other folks have done.

Jon Pareles gives a nice take on the fantastic new Felice Brothers record in the New York Times today. Yonder Is the Clock comes out this Tuesday... certainly should be on the top of any 4/7 shopping list. Read the review HERE.

Our new friend at the fantastic Microphone Memory Emotion has a review of Brooklyn's Tanlines and the cumbia explosion that was the Zizek show on Saturday at Santos Party House. Check it out HERE.

The beleagured myspace music is featuring the much buzzed about new record from the Doves that comes out tomorrow. Stream the whole album HERE.

Phoenix played SNL. Phoenix's new record Wolfgang Amadeus Phoenix comes out May 26th. For what it's worth, the record has been far from impressing us of late. Check out "Lisztomania" HERE and "1901" HERE. They also played their most popular tune (ok, also maybe one of their best) "Too Young" during the credits.

Pop Tarts Suck Toasted has a effusive review of the new St. Vincent record Actor, which leaked this weekend. Certainly looking forward to hearing that. Read the review HERE.
Dictated but not read by StarkNY at 11:02 AM