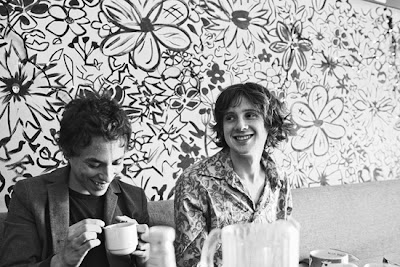 After a quickly released introduction album, Foxygen return with a seemingly more focused group of songs, again produced by Richard Swift. Described as a "precocious and cocksure joyride" by the press release (hah oook)Foxygen's We Are the 21st Century Ambassadors of Peace & Magic, comes out Jan 22 on Jagjaguwar. They are here for CMJ next week as well.

Dictated but not read by Starkny at 11:51 AM