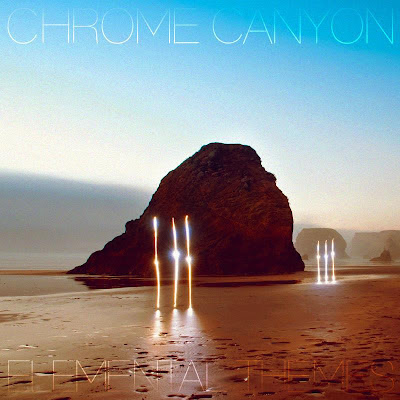 It's pretty safe to say, you're not listening to much music that sounds like Chrome Canyon right now. The solo project of New York artist Morgan Z, Chrome Canyon delivers jagged mountains of synth, keys and drums, sounding like some sort of epic battle taking place in the Himalayan peaks and directed by Stanley Kubrick. That's really the best way we can describe it. If you do one thing besides stream their debut for Stones Throw at Hypem (10/9 release) - go see them live if you can. You will not regret it.

Dictated but not read by Starkny at 3:13 PM