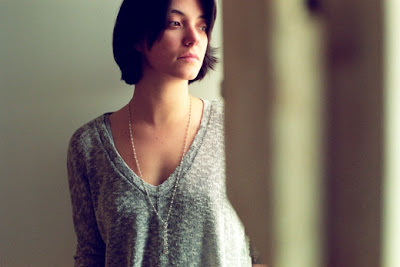 We've been biting our tongue waiting to announce the new record from long-time Stark favorite Sharon Van Etten. After penning my #3 album of last year 'Epic' Van Etten inked a deal with the venerable indie Jagjaguwar. Today, the official news dropped that Tramp, her new album recorded with The National's Aaron Dessner will come out Feb 7. We haven't heard any music yet, so we'll let the press release sum up the facts below. Very exciting news.

Van Etten’s Tramp contains as much striking rock as pious, minimal beauty; it can be as emotionally combative as it can sultry. Contributions from Matt Barrick (Walkmen), Thomas Bartlett (aka Doveman), Zach Condon (Beirut), Jenn Wasner (Wye Oak), Julianna Barwick, and Dessner himself add a glowing sheen to the already substantial offering.

Van Etten will play shows with Shearwater and The War On Drugs all over North America in support of this release. A list of tour dates is after the jump.