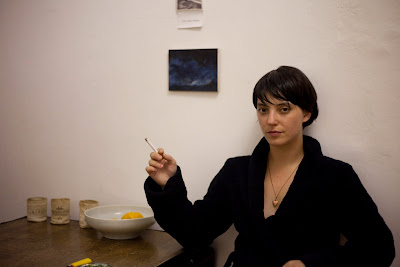 This was an amazing year for music. Cut through the squall, the white blogger noise, the twitters, facebook “likes,” Pitchfork Best New Musics, blogger arguments, and you could see the true quality underneath. Sounds daunting doesn’t it? It was. It’s becoming increasingly difficult for true music fans to wade through the countless buzzbands, myspace demos, bandcamp sites and (even our own) blog posts, to find the good stuff. But it’s there. Having thousands of bands and instantly obtainable music is a GOOD thing, BUT, it puts a lot of pressure on blogs and consumers to make the right calls. Where should people turn to find out what they should listen to? The answer is not easy. There is no one place. The marketplace is an aggregation of reviews and buzz and it’s 100% subjective. What you want to read and listen to, is largely up to you. That’s why Kanye is not in my top 30. People don’t come here to read about Kanye. Kanye West made one of the most important records of the year, one that requires a strong and deep listen. Then it’s the age-old list question: “Best” vs. “Favorite”?

There’s no answer there either. This list is an amalgamation of both, much like the musical landscape we’re all navigating. For some, the best record of the year is a fuzzy drone album, or a hard core hip hop record. Just no one here, and that’s fine. So I give you MY top 30 records of the year. Records that I think are truly great, while at the same time having affected my life on a daily basis. I hope you enjoy them. I sure as shit did.
HONORABLE MENTION
These are albums I thought we're truly fantastic artistic statements -- records that I feel everyone should hear at least once, but for whatever reason, I never connected with personally. They deserve to be mentioned in any top 2010 list, and therefore I have included them here.

10. Jason Moran Ten
As we wrote several months ago, Ten is a defining career statement from one of the preeminent musical geniuses composing music today. Awarded with the prestigious MacArthur Grant earlier this year, Moran has established himself as an A+ level artist to be compared with current and past greats, not just musical, but also in the world of film, dance, art and sculpture. To his even further credit, Moran has done well to touch nearly all of the aforementioned spheres of the art world by deftly combining elements of his recorded and live output with elements from all aspects of the art world at large. That being said, when his trio (with Tucker Martine and Nasheet Waits) lock into a 4/4 groove there are no barriers to enjoyment - this is music for everyone that just happens to be played and composed amazingly well.

9. Joanna Newsom Have One On Me
This record is simply put, a beautiful composition. It resonates in its wholeness, and thrills through its tiny moments of organic purity and grace. Have One On Me swells with confidence and maturity - hitting its highs during utterly unique full-band moments; yet, the quietest stretches, those delicate, fragile, finger-plucked songs, like "Autumn" and "Baby Birch" strike to the core and demonstrate the true compositional talent of this strange and devastatingly talented woman.

8. Kisses The Heart of The Nightlife
I stumbled upon this album accidentally almost a year ago... it was immediate, sad, timeless, poppy, and literally came from nowhere. The Heart of The Nightlife has not been off my iPhone shuffle for more than a week (if ever) since I first discovered it. That's a beguiling feat, that amazes even me. There's a staying power to this album that captures you somehow -- it burrows itself into your world, like it's always been there. It's plush and wonderful, melancholy, and inexplicably memorable. On a strange hungover CMJ morning, the three (two principal) members of Kisses sealed their position in my top ten, with a set that (again, mysteriously) captured my full-attention, at a moment where any lesser band would've been met with that hazy stare and a trip to the bar. But I stood there, and for the same reasons I haven't yet switched out their album on my iPhone, ate up every note of their performance. To this day, I'm not quite sure what those reasons are, but I really could care less, I'm very glad to have this record in my world.

7. Ariel Pink's Haunted Graffiti Before Today
This is an odd, quirky, mysterious, and ultimately extremely rewarding effort from an artist that honestly, I never thought I would really enjoy. Coming from the margins of the LA indie/noise scene Ariel Pink have managed to find some semblance of balance and clarity with their latest record. Before Today manages to uphold its strong artistic integrity, while flirting with accessible melodies and more traditional song arrangements. See kids, lesson learned, write good songs, and no matter how arty you are, they will resonate with people regardless of genre or meaningless labels. Before Today is a great record, yet, its promise makes me think the next album could be a masterpiece. 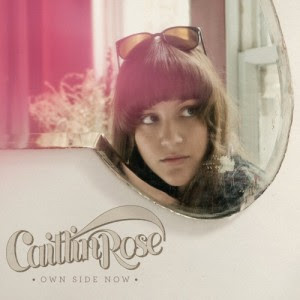 6. Caitlin Rose Own Side Now (US Release 3/15 Theory 8)
I've been waiting a long time to put a Caitlin Rose full length in my top ten. That's no knock on Caitlin. She was maybe 17 when I first heard some demos and caught a shaky, yet ballsy teenager playing a tambourine alone on stage at Pianos. Now, Caitlin Rose is breaking in the UK, and has crafted a record as intimate as Van-Etten's Epic as moody as Teen Dream and as country-pristine as The Guitar Song. Admittedly, this isn't the record I expected from Caitlin, and it took me a bit to get over that. I don't even know if this is the record Caitlin expected from herself. But Own Side Now is sweeping and grand, yet, it's stellar for the moments you don't expect -- those vintage Caitlin Rose vocal blasts at the end of "Shanghai Cigarettes" and "For The Rabbits" and the quiet guitar slaps of "Own Side Now." Other people love this record for its timeless sound, well-crafted tunes, and careful instrumentation. I love this record for its fragile familiarity, and for those brilliant flashes when the gutsy, mouthy, nervous-as-shit kid with the massive pipes comes blasting through my speakers. That's the good stuff right there folks.

SEE MY TOP 5 AFTER THE JUMP 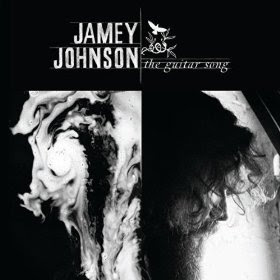 5. Jamey Johnson The Guitar Song
Hi reader. You're probably sitting nestled away with your stupid cat somewhere in our bigger markets - New York or LA, probably Seattle. There's a good chance, you haven't heard of, nor want to hear about Jamey Johnson. For someone that loves country music, I was scared shitless about falling for him. This. Is. Not. "Hat Country." A term I learned only to describe what Jamey Johnson isn't. Jamey isn't counted in Nashville high society. Don't call it bullshit "Outlaw Country" either. Jamey Johnson has crafted a pristine, bold, ass-kicking, and deeply heartfelt album in The Guitar Song. Sift through it. It's thick, and filled with timeless, honky-tonked, drug-addled, tunes that are as devastating in their content as they are pretty in their execution. Never since Waylon can a man sing a ballad like Jamey, and back it up with the full on ass kicking Jamey Johnson could probably hand out to any skinny, blog-loving city-dweller like you or I. 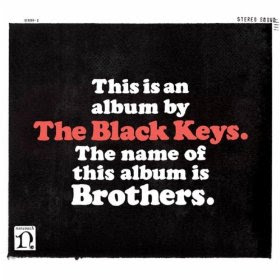 4. Black Keys Brothers
Imagine you never heard of The Black Keys. Take out Brothers. Put it on. Loud. And try and tell me that this isn't one of the top five greatest things you heard all year. 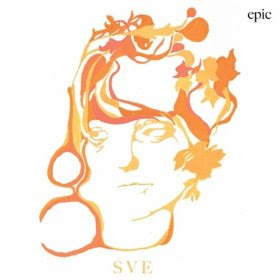 3. Sharon Van Etten Epic
Let's make it personal. I wanted to badly to make this my record of the year. It almost was. Fuck, maybe it still is. I don't know, who cares. This is a compact portrait of the best new singer songwriter writing songs today. Come on Justin Vernon, write this album. While achingly short at 7 songs, Epic is graceful and delicate in its power, thick and rich in content, while devastatingly well-written and gorgeous. It holds a mood and a passion much in the same way Teen Dream does. Epic brings the listener in with its accessible melodies and tasteful instrumentation, and while holding them suspended, hammers them with lyrical depth and intimacy, while on top of it all sits Van-Etten's vocal performance, one of the best captured on record this year. 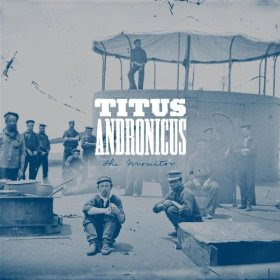 2. Titus Andronicus The Monitor
Take everything amazing that Teen Dream is, distort it, fuck it up, pour beer on it, piss on it and expand it into a swirling opus, and you might come near the shambling mess that sprawls across the ten tracks of Titus Andronicus' The Monitor. From Abraham Lincoln quotes, to extended Civil War themes, to screams, to perfectly crafted melodies hidden behind guitar squall, The Monitor is a brave, imperfect beast, that will capture and make you hurt (if you play it as loud as it should be played). It makes up in moxie, what it lacks in repeatability. 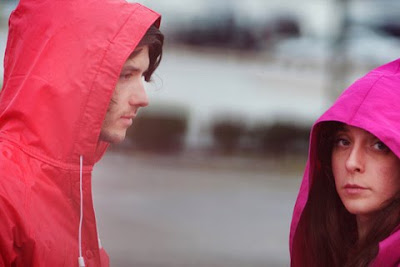 1. Beach House Teen Dream
Great albums capture feelings whole. Your own, perhaps the band's. Listen to the heartache in "Used to Be." Listen to the song structure, the lyrics, the craftsmanship, the detail, the emotion, the power, the texture, the layers, the season, the colors, the people and the emotion. Expand that throughout an entire album, and throughout a duo who have come of age and persevered in a world of fleeting songs and flash-in-the-pan bands. Expand that pure quality, and you will have the record of the year Teen Dream from Beach House.
Dictated but not read by StarkNY at 7:00 AM

So many people love Beach House, I havent really gotten a chance to check it out. Now I will lol nice list!

can't agree with your number one, but there is some really great music writing here - not THE Caitlin Rose