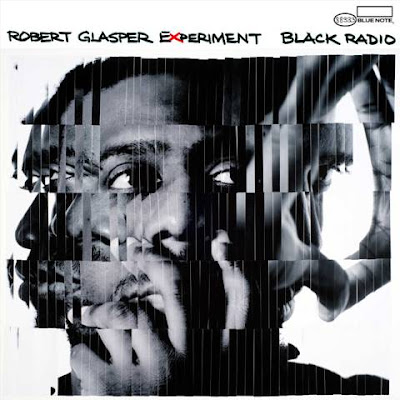 After working with Robert Glasper several years ago behind his album 'Canvas', this talented composer and pianist has continued to push himself and develop his talents, taking steps outside of the traditional Jazz spectrum, and into a bold genre bending musical world. The Robert Glasper Experiment, at least in the past, seemed like more of a side project to his more "classic" (not that his trio compositions ever failed to push the envelope) Jazz albums. Even the group's name alluded to a fleeting trial. With the announcement of 'Black Radio' The Experiment (on paper at least) seems honed, focused, star-studded, and a number one priority. The game certainly changed for the quickly rising Glasper after Kanye West, Mos Def, and Lupe Fiasco joined him on stage for a freestyle jam at the Blue Note Jazz club earlier this year.

'Black Radio' drops February 28 on Blue Note Records. The tracklist featuring covers and originals are below.