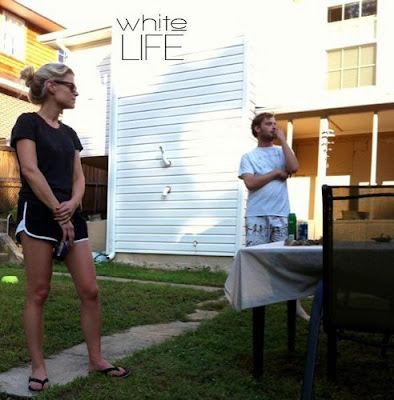 [mp3] White Life: "Time is Wasting"
We don't know a ton about Baltimore's White Life right now, other than it's another project from the prolific Jon Ehrens and the first to feature sister Emily Ehrens. Their S/T LP just dropped on Ehse Records and it's sugary gem of an early summer album, filled with pop-infused synth melodies, vintage 80s keyboard sounds, and even some tasty fuzzed-out guitar work. White Life occupy the same pleasure zone for us as west coast favorites Kisses. While not rewriting the musical landscape, both groups are anchored by solid songwriting, clever arrangements, and excellent vocal performances. You can get White Life's album digitally, for a pay what you want donation HERE. It's a small indie, give up some cash folks.
Dictated but not read by Starkny at 7:20 AM