Catching Up With Icona Pop!. 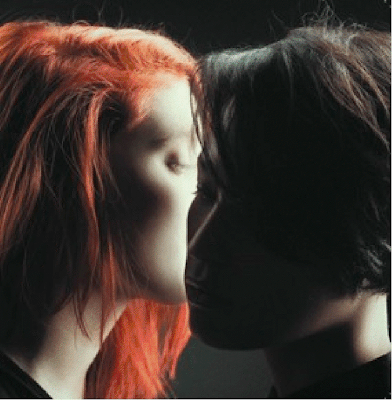 It was a dreary AM in New York City when I was finally able to connect with Icona Pop's power duo, Caroline Hjelt and Aino Jawo. Speaking to me via phone from Stockholm, Sweden (where the two hail from) both Hjelt and Jawo were fresh off a video shoot in London for their smash-hit song, "Manners."

It is safe to say this pair has been busy -- after a blitz of a visit to the US back in March where they partook in their boutique, US label, Neon Gold's infamous Pop Shop show (only their fifth live performance ever,) these jetseters shortly landed back in London for their video shoot (no release details revealed.) "Manners" is just one of three songs released in the states; the others include, "Top Rated" and "Still Don't Know" available above. "We recorded 'Manners' one and a half years ago...you think it is just you, your family and friends listening to your music. Then people started looking at our Facebook, YouTube...and we are just [like] wow," Hjelt said. People were and are paying attention as Myspace is how Neon Gold first discovered the two. This was only a taste into the truly humble and sweet world of these two electro-pop music creators.

Read more, with ICONA POP after the jump.

Finding their roots in the underground DJ scene, Icona Pop's sound is a clear compilation of pop-hooks, choice samples, well-crafted beats and more. Their gang vocals, as showcased on "Manners,' give a large and anthemic feel to their songs. It is this knowledge of song construction, attention to rhythmic detail and, of course, their electric vocals that make their music highly desirable. So much so, that French clothing/music label, Kitsune, began to take notice. "We were actually DJing the Kitune Christmas party in London," the two revealed. It was here where they were introduced to the Parisian duo, Logo, whom they would soon collaborate with on a tune titled, "Luvsick" from Kitsune's Indie-Dance Compliation (as must have!)

Collaborations and co-writes are not foreign territory for Icona Pop. While speaking to me about putting the finishing touches on their highly anticipated debut record, it was clear that the duo find inspiration in working with others. Co-writing songs with names such as, The Knocks, Logo, Elof and more, the two found a fun way to expand their musical prowess.

"It is nice to co-write with someone...finding new ways to compromise and new inspirations...we also find inspiration on the train and when we travel. We just have fun together," Hejelt said. Naming other such musical inspirations including Gaga, Robyn, Elof and early 90s music, one thing is clear, Icona Pop's persona, goal and musical style is based around having fun. In speaking only briefly with the two, it was humbling to hear themselves talk about their roots, what is to come and their eagerness for people to search out and find their music. And a key to musical success, is becoming known on a global scale. While slowly making their name in Sweden, London and Europe in general, the US needs more Icona Pop. When asked about their US plans, the duo stayed highly clandestine, saying that finishing the album and making it perfect was the number one priority.

"The more people listen to our songs, follow us on twitter, spread the word...the more we will be able to come back to the states," they said. No disagreement there.

It was truly endearing and a pleasure to speak with Caroline and Aino; here is to hoping the near future brings the US more of everything Icona Pop has to offer.
Dictated but not read by thestarkonline at 8:32 AM