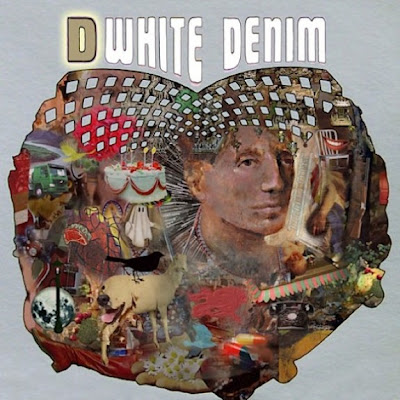 White Demin have been focusing and refining their sound over the course of numerous albums over the past few years. While, we don't think they have quite made the "complete" album we've been waiting for, 'D' is as close as they have come and it's a damn fine effort, well worth your money. It lacks a coherence, but the fidelity of the sound, musicianship, and songwriting are what make this an excellent effort. These Texas kids can play. It's worth it almost for the drum tracks alone. As we wrote long ago "White Denim sounded like an inverted, crazy-ass, 2008-version of the Allman Brothers. Lead singer James Petralli captured a fantastic amalgamation of Greg Allman's southern-soul and growl all while sounding completely cutting edge and modern." We would say that holds true today. 'D' is out yesterday on Downtown.

Dictated but not read by Starkny at 6:51 AM