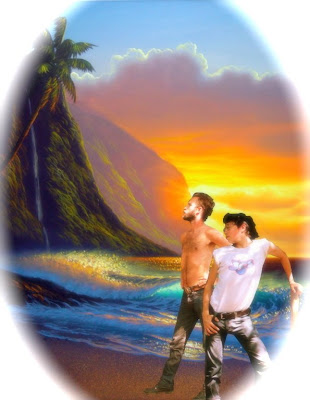 Due to lack of photos on flickr and general assholery on the part of the Stark staff, we have no photos of the show last night.

All we can really say is that we hope Amazing Baby stuck around for White Denim's set so they could see what a real rock band looks and sounds like. (Unfortunately, we saw them cooing with their rhinestone-studded, headband-wearing groupies out at the bar.)

White Denim sounded like an inverted, crazy-ass, 2008-version of the Allman Brothers. Lead singer James Petralli captured a fantastic amalgamation of Greg Allman's southern-soul and growl all while sounding completely cutting edge and modern. The Austin, TX trio focused largely on their instrumental sections, employing tasteful loops, and complex song structures -- the vocals were just the icing on this delicious, bourbon-infused cake of a night. Drummer Joshua Block covered the part of both the Allman's drummers with ease and style. (There's no quicker way into our hearts than a damn good drummer). The set was amazingly tight and their stage energy matched the excitement of their music. Sometimes the hype machine is correct - White Denim might be the best thing we see all week. They play in NY again tonight at Union Hall. 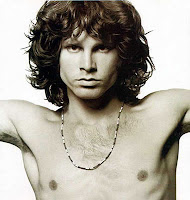 After a rather unfortunate set by Papertrigger, Amazing Baby took the stage. They basically looked like Spinal Tap, compared to White Denim. Their cliche of the night was TIEDYE (WHOO!) and vintage Jim Morrison-beaded necklaces. Their back-up singers were still off-key and they still don't have good songs - nor do they have a good drummer.
Too harsh? We don't think so.

Dictated but not read by StarkNY at 8:18 AM