Jangle-Pop With A Purpose 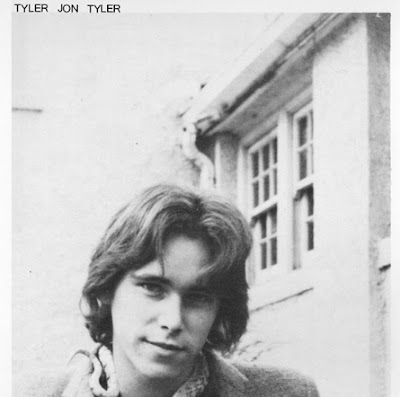 [mp3] Tyler Jon Tyler: "Seperate Issue"
Everybody jangles these days. It’s just the coolest thing. You can’t go anywhere without some reverby guitar gently massaging your eardrums, in that safe, pleasant, afraid-to-take chances type of way. But hey, after Real Estate “broke out” who can blame them? So I initially scoffed when I came across Tyler Jon Tyler the other day on AZ. But, after spending some time with their tunes, I find them charming, well-written, and without all of the usual pretentious trimmings, such as hollow and distorted vocals meant to hide out-of-key singing (Twin Sister) and poorly played guitars (The Beets).

While this post seems to be out to condemn the lo-fi genre, which we’ve certainly been vocal about our disdain for in the past, it’s less about that, and more about how surprised we are to be enjoying Tyler Jon Tyler’s self-titled debut so much. We don’t mean that to sound cheap either. There is a youthful passion here and a clear joy for playing that cuts through all the noise and hype of the lo fi world and strips the music down to its core elements of solid songwriting and quality execution. There is a larger purpose behind these songs that seems to be more about the actual music, than where that music fits into the blog spectrum at large. It's refreshing.

Dictated but not read by StarkNY at 7:10 AM

"There is a larger purpose behind these songs that seems to be more about the actual music, than where that music fits into the blog spectrum at large. It's refreshing."

More than your downright hammering the nail on the head review, I guess your flair with words caught my attention more and I am bookmarking your blog from here on. I can't explain the surprise because I thought I was only searching for houses for rent in Northern Kentucky!