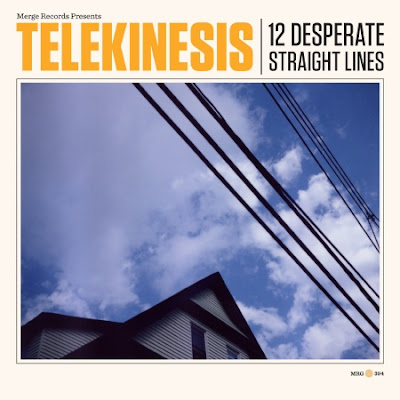 [mp3] Telekinesis: "Car Crash"
After a rocky start which found him with no band and at the end of a long-distance romantic relationship Telekinesis' Michael Benjamin Lerner rebounded strongly, banging out the 12 new tunes found within the aptly titled 12 Desperate Straight Lines, which drops Feb 15 on Merge. We're pretty sure there's something wrong with you if you didn't love the songs contained on Telekinesis' self-titled debut, and while we can't speak for the entire new album, the first track, Car Crash seems to pick up right where the S/T left off. It's charming compelling power-pop that's at once compelling, deep, and lasting.

Dictated but not read by StarkNY at 7:37 AM