This was a big year for me, Matt and this blog in so many different ways. Striving for perfection is something I think everyone can rally around; for me, that was a big part of 2010. Take it as you will. I am not going to make this list general, or objective. This is my list. This is 2010 in music the way I saw it. There were a lot of major releases that moved the needle and you know who they are. There were some artistic, introspective, highly controversial, and spectacular records put out that aren't mentioned here. That's fine. Because you have your favorites...we all do. These are mine and I hope you enjoy.

Don't forget to check out Matt's list HERE if you haven't already.

Phosphorescent – Here’s To Taking it Easy
Alejandro Escovedo – Street Songs of Love
The Bird and the Bee – Interpreting the Masters Vol 1: A Tribute to Hall and Oates
Dominique Young Unique – Domination Mixtape
Jenny and Johnny – I’m Having Fun Now
The Radio Dept. – Clinging to a Scheme

35. Kanye West – My Beautiful Dark Twisted Fantasy
(Because I could.)

32. Javelin – No Mas
(Luaka Bop puts out records that I want to buy. Javelin was one of those.)

31. Laura Marling – I Speak Because I Can
(Delicate, yet empowered. She knows what she's doing and what she wants. Go get it.)

28. The Tallest Man on Earth – The Wild Hunt
(When isn't it a good time to listen to this record?)

27. Mavis Staples – You Are Not Alone
(A legend revamped. Can't get this wrong.)

26. Drive By Truckers – The Big To-Do
(Never will DBT be left off my Best of List. Never should they deserve to be.)

25. Oh No Ono – Eggs
(Find me another Best Of list with this on it. Great record. Flew under the radar, but not under mine.)

23. Glasser – Ring
(This record found itself in all the right places, including my hands. Well done, well-crafted and well...it's #23.)

22. Deerhunter – Halcyon Digest
(You know them. You love them. I give you, another great Deerhunter record.)

21. Crocodiles – Sleep Forever
(Ah the Crocs. Get agnsty, get into it. Rock N' Roll baby!)

19. Dylan LeBlanc – Pauper’s Field
(Beggars can pick them. This youngster has the song writing ability of a Townes, the voice of Ray Lamontagne and is well on his way to an exciting career.)

17. Sleigh Bells – Treats
(This record sounded and sounds like nothing else out there right now. The mere fact they broke into the mainstream with that sound is hands down a fantastic achievement. God Bless the music industry when it can produce and rally around a band like this.)

16. Neil Young – Le Noise
(It's Neil Young and Daniel Lanois in the studio, making it work. Stripped down, laid-bare, pick your cliche. This is a near perfect piece of work and is made all the better because I met Lanois during CMJ. Period.)

15. Of Montreal – False Priest
(This album is deep. It has layers. Different musical styles and genres intertwine to create a truly enjoyable listening experience and one you want to continually come back to. Good work my friends.)

14. Janelle Monae – The ArchAndroid
(A unique listening experience. Monae's sytle, voice and song writing are extroverted, dangerous and get in the face of the lazy listener. You need to get up for this one.)

13. Caitlin Rose – Own Side Now
(It can be done one way, or it can be done the Caitlin Rose way. Move aside and let the girl do what she does. It's her career, her record and her time to make you believe. It's make-or-break on this debut -- you know where we stand. Go get 'em Cato.)

12. Wavves – King of the Beach
(I don't know which crossroads Nathan went to in order to sell his soul for this record, but we are glad he did. "Convertible Balloon?" Are you fucking kidding me? Well done sir.)

11. Joanna Newsom - Have One on Me
(Another...near perfect in every respect. A true pleasure to listen to...Newsom has made converts of non-believers here -- she got it right and we, the listeners, thank you.) 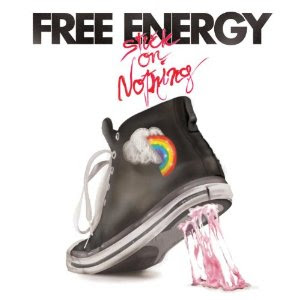 10. Free Energy – Stuck on Nothing
(This album defined a very interesting time in my life: I found new friends, discovered new parts of my weird little world and this album helped to break down any barriers standing in my way. Stuck on Nothing heightens even the simplest of life experiences -- this gets you where you need to be. That and drugs.) 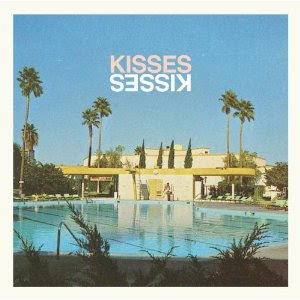 9. Kisses - The Heart of the Nightlife
(Another life-defining album. I can tell you the exact times, places and situations in which I listened to this album. No matter what was happening to me, The Heart of the Nightlife would extract and allow me to rise above myself, look down, and watch my body move to the beat. What happens between you and this record, stays between you and this record.) 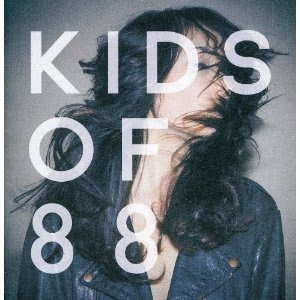 8. Kids of 88 – Sugarpills
(If you haven't already, you'll start to see a trend emerging here. This year was about music that makes you feel good about you. Music that keeps you moving forward. Kids of 88 came out of left field, Australia to be exact, and slapped me in the face. I loved the slap. And continued to slap myself repeatedly, over-and-over throughout 2010. Hurler, please, slap me again.) 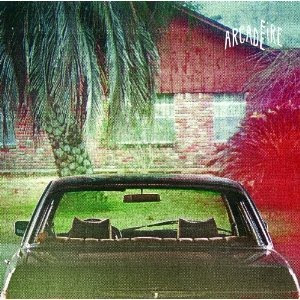 7. The Arcade Fire – The Suburbs
(Initially, this album didn't make sense to me. Maybe I was looking for another Neon Bible or Funeral. Ultimately, it came down to the fact that I didn't spend enough time listening...listening and listening hard. I stumbled across "Sprawl II (Mountains Beyond Mountains" and something clicked in my brain. That song kicked me in the groin. It hurt so good. I stopped to re-evaluate my life and this album immediately afterward. What I found, was that I had been sitting on one of the records of 2010. It makes #7 here, but we all know, this is a #1 album.) 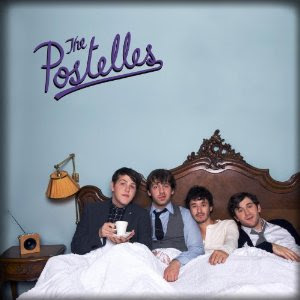 6. The Postelles - The Postelles
(Ever make an amazing mistake? Really stumble across something? Well, when I recognized a girl I went to High School with starring in The Postelle's video for "White Night," I watched the entire video. I started to like the music. Really like the music. Next step, obtain the full-length. Since that moment, it hasn't left my iPod. This is a record you play and people continually ask "Hey. Who is this?" You say the Postelles. They go "Huh." You go, "Yeah." Then, you rock.) 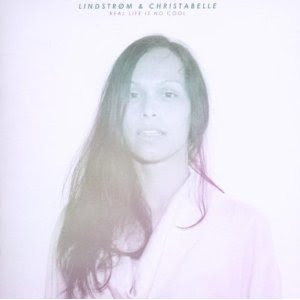 5. Lindstrome & Christabelle – Real Life is No Cool
("Baby I Can't Stop" and "Lovesick" are enough to put this album in the Top 10 on my Best Of list. The rest of the album follows suit accordingly, blasting out electro-pop gem after electro-pop gem. This record makes me feel creative -- it makes whatever you are doing at the time, the right thing to be doing. If you are walking at a steady clip, you are doing it right. Working out? You are doing it right. Don't deny the power of this record, because if you are a loser now, this album can make you cool.) 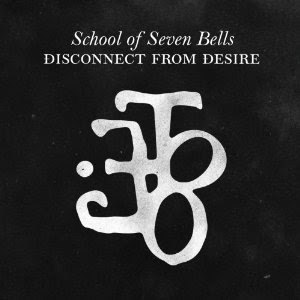 4. School of Seven Bells – Disconnect from Desire
(I sat in my bedroom on a super-hot July night, blasting my AC with the lights out. I had this album on my iTunes with the iTunes visualizer up. I was 100% sober and I listened to this album straight through, cover-to-cover, twice. I nerded it up, big time. This album can make you a music nerd. It is that good. The word "epic" makes me want to eat my own vomit, but this album is fucking epic. It's a record you sit and respect. You understand this isn't a single driven album, this is a full-length, cohesive effort. Do you get what I am saying? If not, buy this LP and figure it out.) 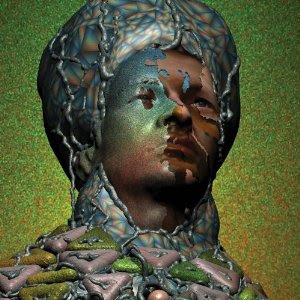 3. Yeasayer – Odd Blood
("Ambling Alp," "ONE," "Madder Red," "Grizelda." That's only four songs off this special record from a Brooklyn group deserving of something special to happen. I'll be candid -- Yeasyer was not a band I was paying attention to. To be honest, they didn't do anything in the past to make me care. Maybe they did and it wasn't marketed well enough. Regardless, Odd Blood was and is a drug. Like E, or maybe some sort of mushroom-like hallucinogen. You want to take this. Take it. Now.) 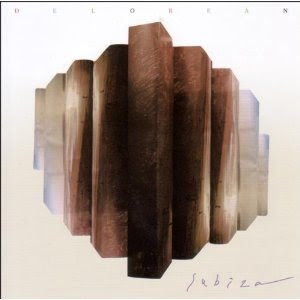 2. Delorean – Subiza
(I once hailed this album, an "epic anthem of Summer." I know, vom. But, do you disagree? Have you experienced everything that this Spanish band has to offer? Subiza was a record that made me want the weekend. I yearned for it. I wanted to sit with a beer, listen to this record, BBQ and live like a damn Busch Light commercial. Subiza made me want to don a pair of Wranglers and throw the football with Farve and have the Golden Retriever wreaking havoc in the background. This album was packaged libido -- everything looked good except work when listening. Women, food, you name it. My summer culminated, climaxed and then died after Delorean closed the last Sunday Pool Party. I lived this album for the Summer. It did me well. I thank you Delorean, for putting this out, and making my Summer of 2010. 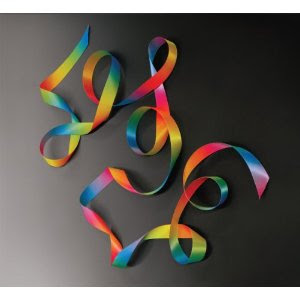 1. The 1900s – Return of the Century
(Surprised? I hope you are. No, I didn't make this album my #1 for sheer shock factor, but I'll take it if you are shocked. Through my 2010 list, I have touched on albums that were near-perfect, almost perfect, or yes, maybe are perfect in their own way. To me, Chicago's The 1900s and their album Return of the Century hit me like a ton of sand. This did it for me. This was it. I heard this record full-through and something inside me clicked. It was a YES moment. It was like taking the perfect shower only when you stepped out of the hot-comfort, you weren't backhanded by the Stark cold. You can do everything to this record: party a bit, relax, wake up, sleep, sing along, belt hooky choruses...this is an all-purpose record. To be honest, Delorean was easily #1 for me -- hands down. 2010 was drawing to a close, then bam! Return of the Century hit me and I haven't looked back. Thank you, for making the close of this amazing year, that much more enjoyable. From, a fan.) 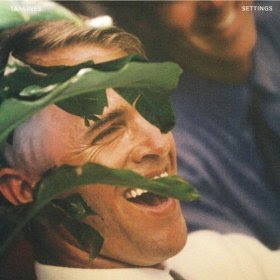 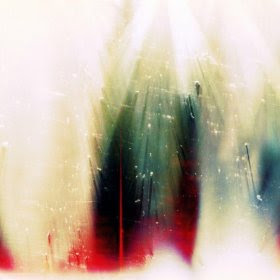 2. The War On Drugs – Future Weather 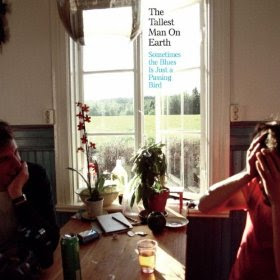 3. Tallest Man on Earth – Sometimes the Blues is Just a Passing Bird 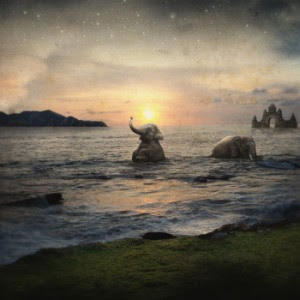 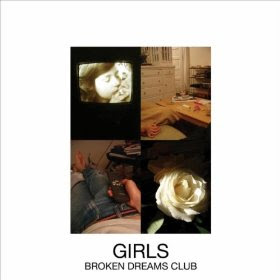 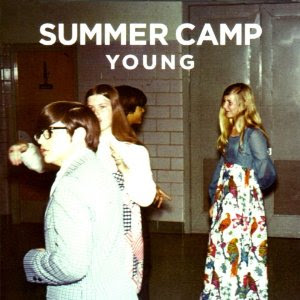 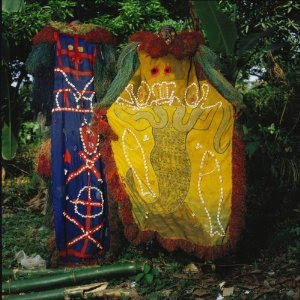 Dictated but not read by thestarkonline at 5:15 PM

Email ThisBlogThis!Share to TwitterShare to FacebookShare to Pinterest
Labels: Best of 2010, Top Albums of 2010, Top EPs of 2010