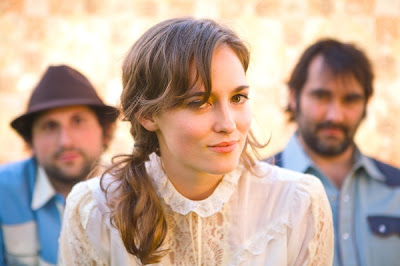 Look. We've liked Dawn Landes for a bit around here (go us!), and after a few spins through her new record Sweet Heart Rodeo (out now, Cooking Vinyl) that opinion isn't going to change anytime soon. She claims it's more about rodeos and old time beaus than The Byrds, but we call shenanigans on that. (Who cares really though?) There is certainly some quality harp (mouth harp, not Newsom style), banjo, and some down home country vocals, sung exquisitely well. Yet, there is a different sound at play here on some tracks (more on that later). Landes is playing this Friday night at The Mercury Lounge. But you know what? The entire Stark staff is going to be on-stage and in the crowd at Tim Emmerick's show, Friday at 9 at Pianos. Now, you New Yorkers are wily folks, and going to two shows in one night aint no thing. So, if you do go to see Dawn Landes (we encourage you to do so) we hope that you'll also split up your time and come see us kill it with Tim at Pianos.

That being said, back to her record. "Young Girl" (above) is an example of the added grit (and glam?) that Landes has added to this record. She seems more strong-willed, and is certainly more plugged in. Sweet Heart Rodeo moves in ways her previous album Fireproof didn't; it's got swagger, it's more full-sounding, and ultimately more rewarding. An easy touch point would be Josh Ritter, but that would be selling Landes short, as her femininity gives this record an ultimately unique angle. While it seems that Landes is still finding her true identity, the new record is a step in the right direction, and certainly a worthwhile pick-up. Cover art and full tour dates with Stark's neighbor Justin Townes Earle after the jump. 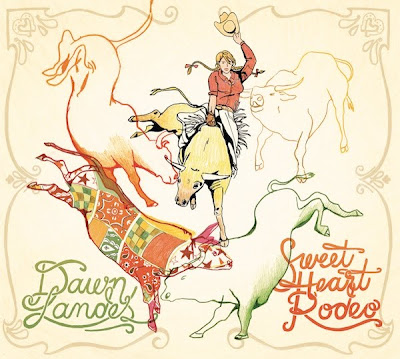 Dictated but not read by StarkNY at 3:06 PM