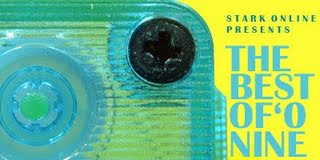 It's been a good one folks. The stars stepped up, and the newcomers dropped some gems. My list is slightly trend-less unfortunately. There's your usual smattering of Americana, and the traditional "indie" stalwarts. These things are hard to make people. The quantity of music out there is staggering. It's impossible to be perfect. What if you really LOVE an album, but don't think it's necessarily one of the best records of the year? What if you think a record is amazing, but only listen to it sparingly? There's a lot to consider. So, here you go. Enjoy.

BEST REISSUES/SHIT NOT RECORDED IN 2009.

14. The Raveonettes -In and Out of Control (Vice)

5. Sharon Van Etten - Because I Was in Love (Drag City) - Quite simply put, this record is stunning. It moves beyond a simple collection of songs to something more, something grander that exists as a whole beautiful entity. The best albums capture feelings and moods rather than just songs. Because I was in Love will entrance and move you. It has announced Sharon Van Etten...She's the one to beat folks. The preeminent songwriter from New York. Good luck, you'll need it. 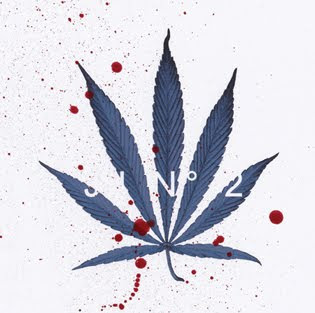 4. JJ - jj n° 2 (Sincerely Yours): Without being overly sentimental, this album is able to capture nostalgia tastefully and execute it perfectly. Maybe I'm jaded as all I have are positive memories of being at the beach this summer incessantly spinning this record. Nevertheless, it makes me happy to put on, and no matter what season, it contains fantastic music. That's all that matters sometimes.

3. Those Darlins - S/T (Oh Wow Dang): This album could have been merely a fun, kitschy exercise in tongue-in-cheek country music. Yet, INSTEAD, the Darlins put the emphasis in all the right places (the songwriting, playing and singing) and turned out one of the most surprisingly great records of the year. The silliest songs are the weakest, and they exist only to give the record the fun cheekiness one would expect from the Darlins. They are not the meat of the album. This was a great decision. Kudos to producer Jeff Curtin and the three women at the helm for capturing the perfect sound, drawing out the talent and fun this record had the potential for, and picking exactly the right covers and originals to make this startling debut succeed in unprecedented ways.

2. Dirty Projectors - Bitte Orca (Domino) : What can one say that hasn't already been said? This is a genius record. The "cool" debate of 2009 seems to be one of "cultural imperialism." To all the haters, you can see where I come down. I'll welcome any and all challenges. Let's go.

1. The Antlers Hospice (Frenchkiss) : Hospice is at once grand and intimate. It's sweeping in scale, sound, ambition, and passion; but close and direct in meaning, content, and feel. It's beautiful, heartbreaking, loud, soft, delicate and substantial. It's an album; it's a collection of songs; it's bold; it takes risks; it's melodic; it's immensely powerful. It's a step forward, and a step out; it's a gorgeous album. It's the album of the year.
Dictated but not read by StarkNY at 10:00 AM

Email ThisBlogThis!Share to TwitterShare to FacebookShare to Pinterest
Labels: best of 2009

Cool, Matt. I think Medeski, Martin, and Wood's Radiolarians trilogy (the latter two of which are 2009 releases), the Derek Trucks Band's Already Free, and maybe Phish's Joy might get mentions. I know this site has a particular angle, but I thought you might include The Dead Weather's Horehound (though I haven't heard it, so maybe it's junk).

Also, 2009 saw new releases from Dylan, the Black Crowes, and the Flaming Lips, among others. Plus, Levon's Electric Dirt has a 2009 date on it.

Not everything can make the cut. Well done as always. I always learn something new. Looking forward to more blogging from you in the new decade.

Wow. This is the first end of the year list I've seen that has Murry Hammond's album on it. I thought I was the only one!

Murry Hammond's record was 2008. My favorite record of that year, too.

Thanks Joe - amended above. Glad we got a lot of Murry fans here!