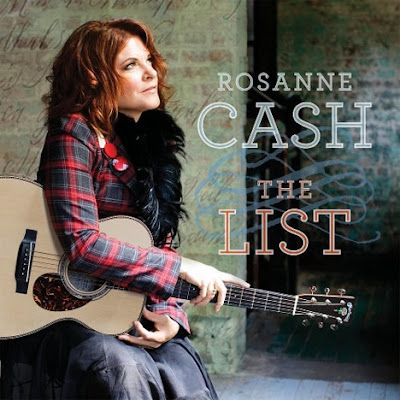 While I take a break from attempting (poorly) to generate my "tweet cloud" (Hey! Just got the results: awesome, tonight, party, starkmagazine, thanks, haha) I threw on a playlist I made over my super-relaxing Thanksgiving break. I titled this selection of songs "My List;" inspiration for this playlist came from Philly's WXPN as they were in-studio with Rosanne Cash who was playing and discussing her most recent album, The List. For those that don't know, when Rosanne was a young whipper snapper, she was into the Beatles. That was about it. Johnny was not having that; he took an entire day to write her a list of the 100 most important country songs (with various satellite genres mixed in) of all time. Rosanne chose 12 off the list to record -- among them: Bob Dylan's "Girl From the North Country", Merle Haggard's "Silver Wings", Hank Cochran and Pasty Cline's "She's Got You" and more. I was inspired to create my own List, which I proceeded to do with great alacrity that morning.

81. I have 81 songs on this playlist as of right now, meaning it is incomplete. Maybe I need help, or maybe my full discography in front of me, or maybe a visit from Cash in my sleep like some sort of Flight of the Concords dream. Regardless, here are the first 20, in no particular order, songs that made "The List"... MY List after the jump.

Dictated but not read by thestarkonline at 8:00 AM

Amazing list! Ronstadt, Van Zandt I like the way you think. Can't wait to read the rest.

lotta country on there homeboy . . . should i be worried about you?