Lissie at the Mercury Lounge 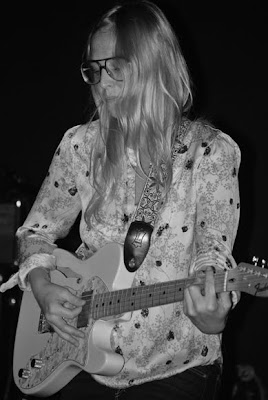 It comes to me if I'm not paying attention – in this state of no mind – It’s like I channel this information that’s vibrating and swirling around. I’m just a vessel.

We knew basically what she was about - EP release Why You Runnin', middle-America upbringing, recent signing to Fat Possum etc...but nothing could prepare us for the in-your-face beauty and talent of Lissie. She harnessed the upper register of her vocal range with precision, all the while mirroring the soulfulness of an Adele or early Amy Winehouse. Lissie's vocal vibrato was well executed and accentuated by an extremely tight backing band.

Lissie produces a clean sound, but is also influenced by the indie underworld. From her over-sized clear-framed glasses, to her rollicking, folk sound laced with elements of gospel and mainstream rock (not like Creed...but cool...) Lissie commanded the Mercury Lounge. Her stage presence was dynamic and provocative, as if her California beach-blond good looks weren't enough for you. Yet, Lissie is not just another for eye candy fodder -- she is a well-versed, poignant talent and an entertainment beast all her own. She has that undeniable it talent and is destined to have a huge 2010. We caught up with her on tour in San Francisco. Read our conversation after the jump. 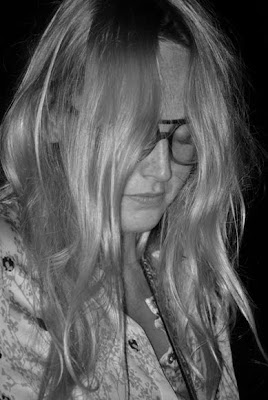 It seems a lot is being made of the fact that you’re from Rock Island, a small town in Illinois. How did your home town affect your music, and how do you think your hometown affects how people perceive you as an artist?

I mean I think a lot of artists are from small towns, they just don’t always want to talk about it. In a sense, I was happy to get out of my town, but as I’ve gotten older there are parts of how I lead my life that are influenced by where I grew up. I’m not a person who is really dazzled by bullshit, I don’t need a fuckin Ferrari – some people may have been in it for that, but especially now as I'm getting older, I don’t need all the glitter and glitz. I relate more to normal people.

I’m real close to my family, and I have a lot of good friends from home, I see them, and it’s like we haven’t missed a beat. I have a strong connection to where I'm from. I’m not saying I’m going to go back and live there full-time, but growing up in a small town has shaped my value system. I think the idea of a small town sounds sounds fairly romantic, especially to people from bigger cities. The idea of the Mississippi River or growing up in a blue collar town is a romantic notion. It’s almost a novelty, in a way. I mean, Rock Island Line is a badasss song, so that gives it a little cred right?

In that vein, the last line of “Oh Mississippi” is “take me away from this land” – is it about wanting to leave where you’re from?

It’s sort of funny – it does has that connotation, but sometimes I’ll change the last line to “take me far from this man”, depending on who I feel the song is about. Sure, when I was younger part me was really frustrated. I was young, opinionated, stubborn and it seemed that authority figures would put up a wall. In Jr. High and High School I had a lot of trouble and it seemed I was met a lot of opposition when I was growing up. Yet, I feel that no one is better or worse - I had big ideas, there was something for me to do. Besides my family that really encouraged me there, I started realizing there were more supportive environments out there. A lot of people settle into small towns and feel frustrated they didn’t get to realize their ambitions. I’m super proud of being from Rock Island but if I saw those people from high school or Jr high every day who weren’t as encouraging, I would say get me out of here.

“Oh Mississippi” is really a song about how quickly time passes, and how mighty this river is, in a way it’s kinda of a song about death.

How old are these songs?

The EP songs are all pretty new. “Little Lovin” and “Oh Mississippi” were all written within no more than a year, so they’re fairly current. I wrote “Here Before” and “Oh Mississippi” in London. I wrote “Everywhere I Go” a few years ago. I liked it, and meant what I was saying. I was worried it was a little too sappy – that I was letting it all hang out there, but it was something that I did mean, so I decided to include it.

How much of you went into this EP? How confessional is it? For example, people criticized Joni Mitchell for putting too much of herself into “Blue.” How do you feel about what went into these songs?

Everything that I write is true and it’s me. I was speaking to Ray [Lamontagne] about this the other night and I asked “How is it that these songs only come from these really intense emotions? But I have those dark times, and those are the times that the songs come from. Is this sustainable? Do you always have to be a big mess to write these songs?"

I was also speaking with an older songwriter in his 50s who told me he’s gotten to the point where he has to rely on his memory of those hard times and those feelings. At this point though, the songs are 100% me and totally literal. 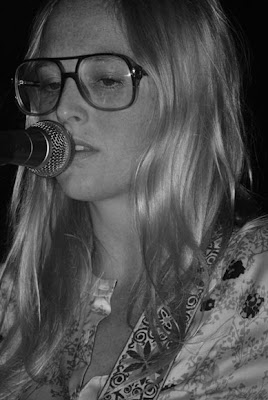 How is it that your version of “Wedding Bells” seems so much yours, and so true?

When you have this person that you love – it just breaks your heart to know they don’t want to be with you. You just don’t want to accept the feeling that they’re going to go off and be with someone else. I vaguely remembered [a cover version’s melody of the song] and made my own version of it up with Dave Palmer, using the lyrics as a jumping off point. We never listened to the real version. We just wrote based on the vague recollection of this melody.

What are your influences? What do you bring to bear when writing these songs?

It’s hard for me – it’s a subconscious I think. Childhood perhaps. I remember my mom singing me “You Are My Sunshine” and being little, thinking how sad that was 'I dreamed I held you in my arms / But when I awoke, dear, I was mistaken / So I hung my head and I cried.' It’s so sad! My grandfather was also a singer. I draw from everything, my experiences when I was in musicals when I was younger, liking female singers in high school: Sarah McLachlan, Fiona Apple, Dixie Chicks, country – rap – subconsciously I draw from everything. I don’t listen to a lot of music now, melodies come to me, I don’t know where they come from. I’m doing more writing with other people – someone else produces the chord, and whatever feeling their playing suggests something to me or it comes just based on how it feels. I don’t really know where it comes from. I’m not a religious person, but it’s almost, spiritual. I’m really sensitive to the energy around me, or other peoples energy. I’m just very sensitive to what’s around me.

It comes to me if I'm not paying attention – in this state of no mind – It’s like I channel this information that’s vibrating and swirling around I’m just a vessel. 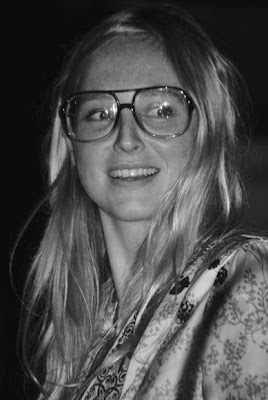 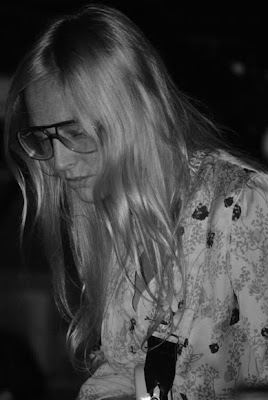 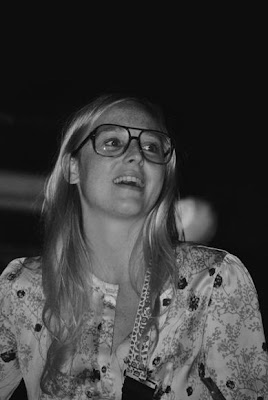 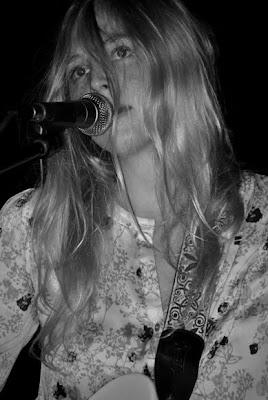 Dictated but not read by StarkNY at 8:00 AM