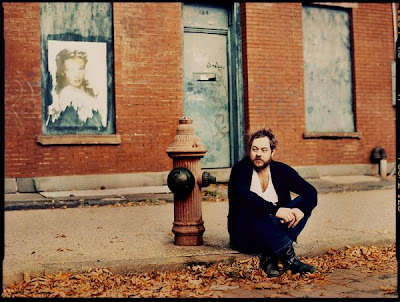 The Wheel are one of those band's that you say - "wait - how did I miss these guys?" Just listening to their 2007 record Desire and Dissolving Men, immediately elicited the above emotion. Rumor has it that the Wisconsin natives (what up Mike Baily) have signed with Rounder Records in the past few weeks. The Wheel have opened for Bon Iver, and are going to be playing some high profile showcases this CMJ, including the Brooklyn Vegan party at Music Hall of Williamsburg. They play a simple and pastoral brand of country-folk that has a melancholy streak to it - even recalling Leonard Cohen at some points. They have several new demos up on their myspace now, and are certainly going to be making huge strides as the fall moves into winter.
also... 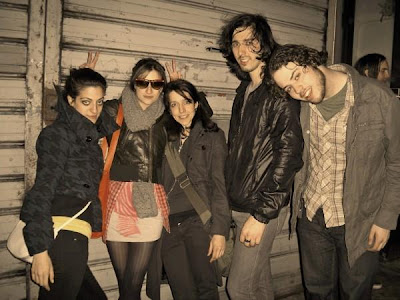 [mp3] Zambri: "From the Starts"
Zambri have been our radar for a good bit now, and have been slowly building up momentum in New York on the back of their furious live show and consistent string of New York tour dates. The band sent us over their new mp3 "From the Starts" which they gave away to all of the fans who attended their Bang for Changes EP release show, which we unfortunately missed. We're jerks. "From the Starts" channels a more atmospheric Bat for Lashes type of indie rock, which is different from Zambri's usual in your face type of synth-driven dance-rock. The song is quite brooding and moody, while dialing down the wailing dual female vocals from sisters Jessica and Christi Jo Zambri. It's a nice change of pace for the group and shows a mature forward progression of the band's songwriting and approach to their music. They are all over CMJ this year, so make sure to catch at least one of their shows - it's 100% worth it. See Zambri's CMJ dates after the jump.

Dictated but not read by StarkNY at 9:44 AM