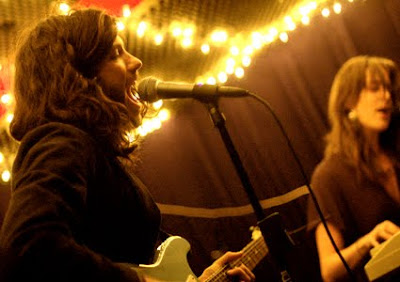 [mp3] Beach House: "Master of None"
See, good things happen to good bands. Nothing more to say here other than congrats from Stark! Here are the details from their new label on what we can expect from the new Beach House record.

In July the band took a break from touring to head to upstate New York to record with Chris Coady at Dreamland Studios in Woodstock. They spent a solid month in solitude writing and recording in the church-converted-to-studio compound. What they emerged with is their greatest work to date! Beach House’s third album will be released on Sup Pop (and on Bella Union overseas) in early 2010...WE CAN'T WAIT.

Dictated but not read by StarkNY at 1:23 PM