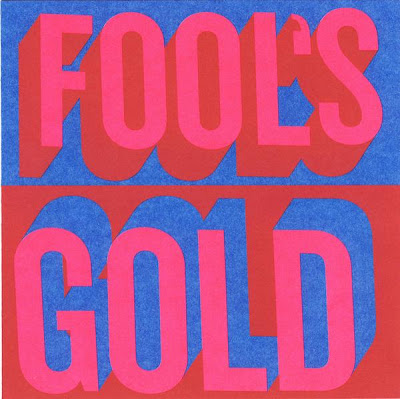 Finally getting around to writing about this ace music collective out of LA called Fool's Gold. Fool's Gold follows the recent (and awesome) trend of blending African Rhythms and influences with Western music styles. Including members of break-out band Foreign Born and LA musician Luke Top, Fool's Gold began as a simple way for the musicians to explore African music and have fun. Then they realized they were damn good. Their single "Surprise Hotel" is simply epic. Clocking in at around 7 minutes this jam will keep you moving guaranteed. Fool's Gold's self-titled debut record comes out 9/29 on IAMSOUND. Check out the killer remix above from Micachu and The Shapes. Fool's Gold will be in New York for 5 dates in October and are playing a string of other dates with Devendra and Metronomy which you can see after the jump.

Dictated but not read by StarkNY at 8:08 AM

Email ThisBlogThis!Share to TwitterShare to FacebookShare to Pinterest
Labels: Fool's Gold, I am sound, Micachu and the shapes