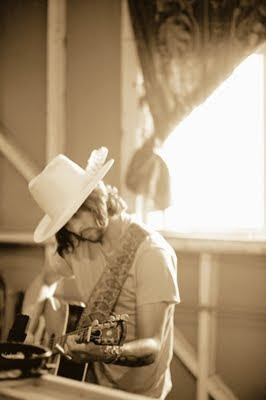 Ryan Bingham and his band the Dead Horses, released their sophomore record, Roadhouse Sun on Lost Highway back in early June. With nods to Drive By Truckers, Steve Earle, Lucero, the Black Keys and more, Bingham & Co. forcefully conjure images of whiskey swilling and hard driving, while at the same time, writing songs such as "Dylan's Hard Rain." Bingham's voice is worth the price of admission sounding like grade 90 coarse sandpaper ripping through a fresh piece of balsam, but you know, good.

Bingham and the Dead Horses are set to play the Mercury Lounge on October 12. See you there.
Dictated but not read by thestarkonline at 9:49 AM