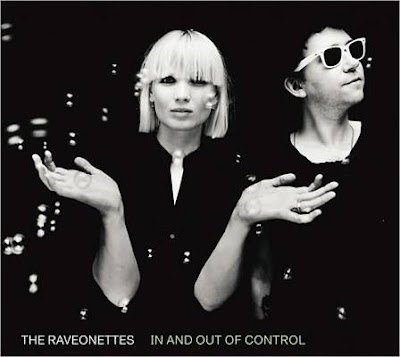 [mp3] Raveonettes "Suicide"
At the risk of sounding too much like Bob Lefsetz, The Raveonettes are one of several bands very aware of what it takes to succeed in the music industry of 2009. We seem to always be posting something about them on this site. Yes, we do like them a lot, yet, they are always releasing new content, and more often than not it has been free. Thereby, they have carried their momentum over the course of a year through EP releases and tour dates, bringing us finally to their ultimate goal, the release of their new album In & Out of Control (10/6 Vice). Yesterday we got the newest track from that effort "Suicide." It doesn't break away too far from the usual, reverby, shoe-gaze rock of previous Raveonettes' efforts, but really - if it ain't broke, don't fix it. This track succeeds by melding the dark with the light and the tension with the release. Songwriting 101 will be taught today by the Raveonettes. Pay attention.

Dictated but not read by StarkNY at 10:58 AM

Email ThisBlogThis!Share to TwitterShare to FacebookShare to Pinterest
Labels: In and Out of Control, mp3, Raveonettes, vice