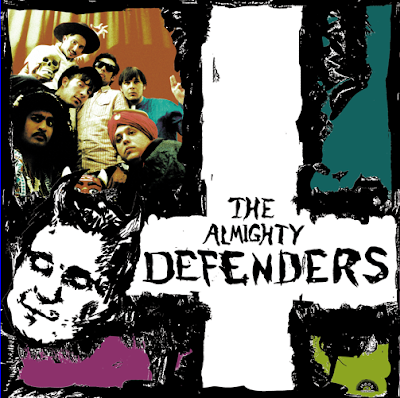 With passports suspended, international status in the air, the Black Lips did what any band looking for a nice recovery would do -- they went to King Khan's house in Germany and chilled out. While we have never seen a famed Khan/Black Lips bill, we can pretty much picture it. Actually, we don't want to picture it. Gross. Yet, the music that results is probably pretty badass. Thereby, we get The Almighty Defenders -- a mix of members of the Black Lips, King Khan, and Mark Sultan (BBQ Show). The music contained is sure to be dirty, soulful, and filled with garage-y goodness. Written over three days in Berlin (during their period of international acclaim) this self-titled debut drops September 22 on VICE.