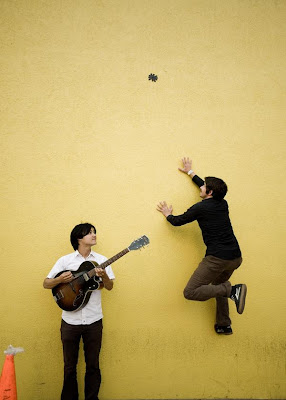 We have been following The Dodos since our blog's inception in early 2008. Visiter was one of those albums that when released, made us re-evaluate where modern music was heading; it was also one of the first album reviews we posted to the site aside from Andrew's Best Of list. There was some magical musical-hybrid occurring on that album, which was well, startling to us. These California natives are going to melt your face with some summery dates starting with the Northside Festival in Brooklyn coming up! They are playing on June 14 so there will be no conflict with our awesome line up at Cameo.


Check out global and US tour dates after the jump.
2009 Summer World Tour