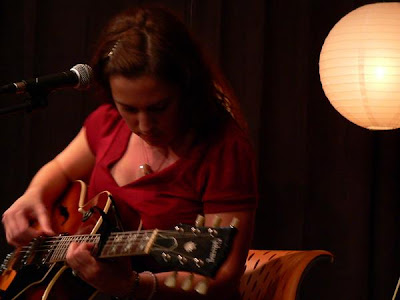 (Not the Living Room)

Ok, so it's sort of a good news, kind of bad news deal with Sarah Siskind. We'll start with the good news. It's pretty good. Sarah Siskind has the talent to be a damn star. Her voice is huge, like - American Idol huge. It more than filled the tiny Living Room space, and one can easily see it carrying through large halls and theaters. When within her range, Siskind can easily out-sing any of her contemporaries, including one Mr. Justin Vernon who has more than aided Siskind in her recent ascent. Siskind's songwriting talents have been recognized by Allison Krauss who has recorded two Siskind-penned songs. If I were an A&R rep, I would sign Sarah Siskind as fast as I could. She has that raw, natural ability rarely found these days, especially in the singer-songwriter genre. Alone with her guitar on stage, I was fairly blown away. That brings me to my next point.

Read more after the jump... 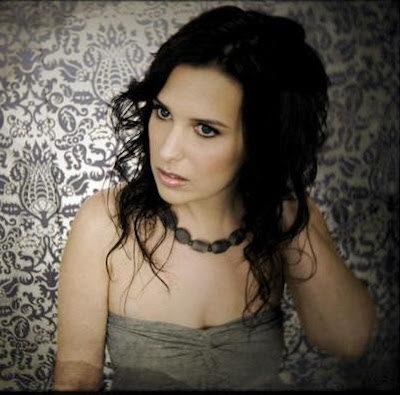 For some reason, Siskind's captivating performance abilities did not translate well to her new record Say It Louder, which is being released on her own label in conjunction with Nashville's Thirty Tigers. While a fine album, featuring great musicians and producer Jason Lehning (Lyle Lovett, Guster, Nickel Creek), it could be much better, based upon Siskind's live performance. It seems a heavily polished affair, which strikes me as unnecessary given the strength of Siskind's songwriting and vocal abilities. Just give her a guitar, and let her sing. The cover art seems a bizarre choice, and does little to reflect Siskind's honest, humble and lovely personality.

The album and the performance at times seemed stuck between several genres; there were touches of main-stream country, Appalachian ballads, standard folk, and a less-than-stellar soul-piano ballad. The pop/country blend does succeed at times though, such as on "Lovin's For Fools," Bon Iver's choice cover. See video. With more development and the right producer, Sarah Siskind is capable of making a fantastic record and truly breaking into the mainstream. Say It Louder is a step in the right direction and her live performance makes Sarah Siskind an artist not to be missed in person -- she's capable of big things.

Dictated but not read by StarkNY at 1:38 PM