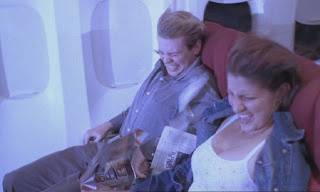 Photo Credit: www.stabur5productions.ws/page3.html
You click and drag new releases on to your iPod's 2009 playlist, but does everything deserve to stay? No. Well, we are at your service to aid you in proper, and deserved 2009 album deletions (not from the whole Pod, but rather the playlist.) Ultimately, we are helping you generate a Best of 2009 playlist, right? Maybe.

The Veils - Sun Gangs
Nux Vomica and more specifically "Calliope!" hit us hard, and kept hitting. This album rocked our speakers, bumped our chest and simply made us buy the album...and catch them at the Mercury Lounge. So Sun Gangs. Yeah, it just didn't live up to the pre-established standards. Its that easy. It's the sophomore slump and we know it blows. Rebound baby, rebound. Deleted.

The Black Lips - 200 Million Thousand
If you thought they were going to conform to a more mainstream sound, in true Lips fashion, you can go fuck yourself. They didn't and I kind of wanted an album of "Bad Kids"-style gems, but, oh well; their loss. Deleted.

Beirut - March of the Zapotec & Real People
This is just boring tuna. Though our one reviewer, Deanna, thought otherwise, this album is one tuba blast short of bearable. Deleted.

M.Ward - Hold Time
Just because it is another M.Ward album doesn't mean you have to like it. This is no freaking Transfiguration of Vincent. Maybe if Zoe Deschanel accompanied him on this we could call it, She & Him: Volume Deuce and Paste could name it best album of 2009. Deleted.

That should free up some space.
Dictated but not read by thestarkonline at 11:22 AM

What does tuna have to do with Beruit?