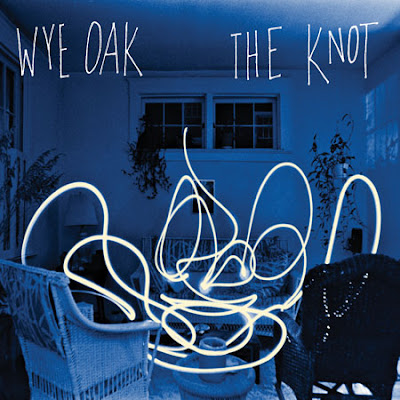 Wye Oak's In Children got a lot of love around here last year, and we were lucky enough to catch them at the Brooklyn Vegan party earlier this year at CMJ. The duo are able to effortlessly move from subtle country/folk melodies to periods of tasty rock. Today, Wye Oak offer up a track from their upcoming Merge record The Knot. We gotta say, we're straight suckers for the pedal steel, so the new song "Take It In" certainly satisfies that urge. The sound here is fuller and more textured than the last record, and the melodies even seem a little more mature. A nice first taste indeed. The cover art is above. The Knot is scheduled for a July 21st release. They hit the Mercury Lounge on May 13th. Check out the rest of their huge tour after the jump. VIA

Dictated but not read by StarkNY at 3:27 PM