Bill Flanagan Sits Down With Dylan, Talks of New Album 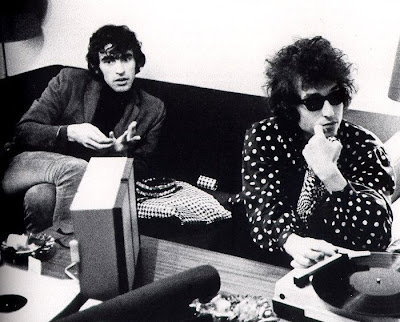 http://themusicsover.files.wordpress.com/2009/03/richard.jpg
Rock journalist and MTV producer Bill Flanagan recently spoke with Bob Dylan about his forthcoming, 33rd release, Together Through Life. The five-part interview can be read in full at Dylan's main site; however, in support of more independent, online publications (...is print dead? not yet, but dying fast) the Huffington Post garnered rights to the fourth section of the Dylan interview.

"BF: Who are some of your favorite songwriters?

BF: Then what kind of artist are you?

BD: I'm not sure, Byronesque maybe. Look, when I started out, mainstream culture was Sinatra, Perry Como, Andy Williams, Sound of Music. There was no fitting into it then and of course, there's no fitting into it now. Some of my songs have crossed over but they were all done by other singers."

Dictated but not read by thestarkonline at 10:38 AM