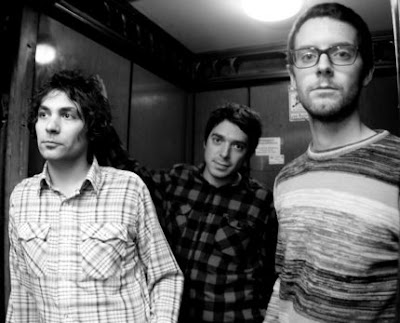 The War On Drugs are teaming up with Craig Finn & Co. touring the US in support of last year's Wagonwheel Blues. After releasing the album in 2008, War On Drugs plundered the UK and European regions, touring like muppets. Last year, Craig Finn listed -Wagonwheel Blues- in his top five albums of 2008 on Pitchfork and said "they made an amazing record that I was obsessed with for most of the year".*

Good for Craig, but I had this to say: "Phantasmal." The record made the number seven slot on my Best of 2008 list.

After the jump includes Spring US tour dates and the intoxicating and repeatable video for "Needle in Your Eye #16". I really love this band. The guitar sound, is insinderary...incendiary, anyway, way to go.
*From Secretly Canadian PR

Dictated but not read by thestarkonline at 11:26 AM