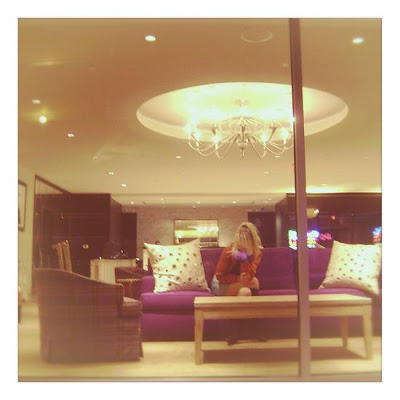 Just wanted to make sure everyone had Golden Filter on their radar for this year's SX. We caught them at Le Poisson Rouge a few weeks ago and it was pretty much hard-hitting, late night, dance madness. Check out two of their mp3s HERE at our old post. They have been remixing even more great music of late, including upcoming tracks from Empire of the Sun and everyone's favorite Little Boots. At SX this year, The HYPE Machine offered The Golden Filter their headlining slot and they’ll also be gracing the stages of Gorilla vs Booze, Iheartcomix (official SXSW showcase), SXSW day stage and a slew of others before setting off to support The Presets on their extensive North American Tour. With all of their SX shows, Golden Filter are sure to loose some of their trademark mysticism, but with that loss comes the sure gain of droves of new paying fans. See all of their SXSW/tour details after the jump.

Look for upcoming remixes for
Empire of The Sun's "We Are The People" (EMI) out very soon.
Little Boots' "New In Town" (679) out soon.

Dictated but not read by StarkNY at 3:12 PM

Email ThisBlogThis!Share to TwitterShare to FacebookShare to Pinterest
Labels: SXSW, The Golden Filter

That was such a fun show! Oh man, I danced my face off.