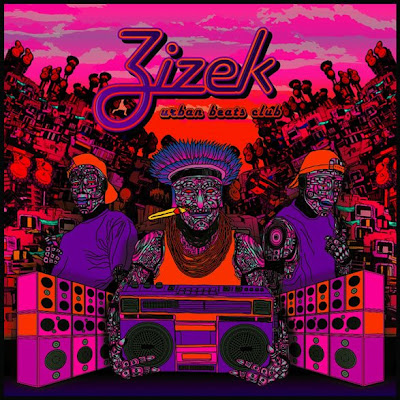 Caught this on the XLR8R blog yesterday, and after some investigation it seems to be a treasure trove of the crazy, South American dance music...Cumbia. We've read a bunch about the all-night dance parties, the tireless DJs and general dance craze that has swept our neighbors in the southern hemisphere, but honestly, we have never really been sure what to check out or where to start. Enter ZZK Records and Zizek. Zizek Club will be touring the U.S. this spring and summer making stops at Santos Party House and Union Pool (really?) in New York, and hitting up larger venues such as the Coachella fest. ZZK is also sponsoring a Remix Flyer Contest for the best Zizek tour flyer. The winner gets tickets to a show, a copy of the record and widespread usage of the image. We're in the process of downloading a few of the mixtapes that ZZK is offering to see if in fact, we are actually fans of Cumbia. Thousands of South Americans can't be wrong, can they?