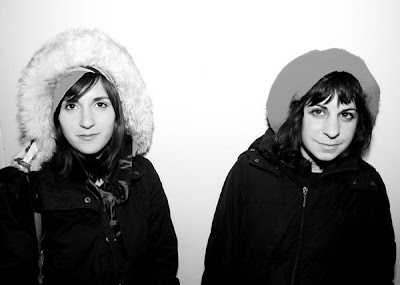 Thanks again to Other Music for their great taste in stocking a limited run of a six song CD-R from LA's Nite Jewel. We've been listening for a few months, and even though it's decidedly lo-fi, there are glimpses of the awesomeness to come from this youngster from the West Coast. It's another entry into the school of '09 bedroom-disco-pop, but hey, when shit's good, it's good. She recently played at the oft-buzzed and oft-awesome, the Smell in LA with Gang Gang Dance and Ariel Pink. Ariel Pink's Haunted Graffiti are hitting the road with the Vivian Girls, in what should be a great tour. We're still pretty pissed at the Vivian Girls though.

Dictated but not read by StarkNY at 1:30 PM