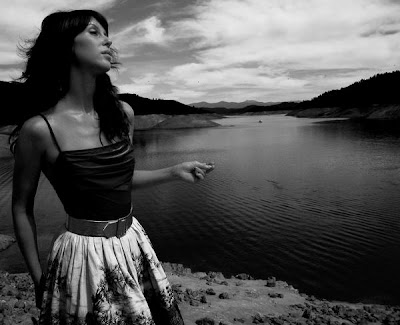 Hey all,
Take a break from all that crazy CMJing and check out GVB's post on the new Glass Candy album, Deep Gems... (love that title.) The record release party will take place this weekend in Portland.
GVB's post follows bellow:

"Glass Candy is throwing a party in Portland this weekend with their friends Nite Jewel and Plano, TX's own Farah. This is the release party for that new Nite Jewel 12" I mentioned a couple weeks ago, and Glass Candy will also be giving away a new b-sides/rarities comp. According to the band:

'...at the party we will be giving away a new Glass Candy cd called DEEP GEMS,
which is a collection of singles, b sides, and rarities. in between touring like
crazy, glass candy has been in the studio every possible moment working on a new
lp for 2009. in the meantime, deep gems is a collection of rare tracks recorded
between march 2006 and october 2008...' "

Now go forth and CMJ your lives away. Please keep us updated on acts we may pass over in our coverage.

After the jump.
Dictated but not read by thestarkonline at 1:45 PM