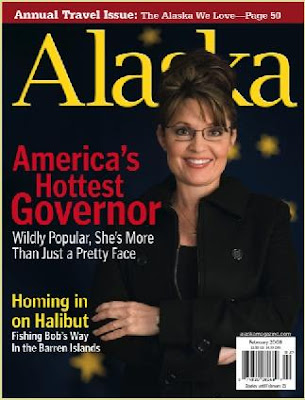 Jason Isbell - "The Devil is My Running Mate" - mp3
Former Drive by Trucker Jason Isbell didn't really write this song for John McCain. Yet, while Stark usually likes to stay non-partisan on our site, there are some non-music issues (ie. Tom Brady and Sarah Palin) that arise such ire in us, that we are forced to vent via blog post. So we decided to offer up the track "The Devil is My Running Mate" that we dedicate to John McCain. This song comes off of Isbell's excellent solo effort Sirens of the Ditch released last year via New West Records. If you haven't, register to vote now, and make sure to actually vote. Click for a NYT feature on Palin. See after the jump for the quote of the day from a senior McCain strategist...

"Whatever The New York Times once was, it is today not by any standard a journalistic organization. It is a pro-Obama advocacy organization that every day attacks the McCain campaign, attacks Senator McCain, attacks Governor Palin, and excuses Senator Obama. This is an organization that is completely, totally, 150 percent in the tank for the Democratic candidate, which is their prerogative to be, but let's not be dishonest and call it something other than what it is. It is an organization that has made a decision to cast aside its journalistic integrity and tradition to advocate for the defeat of one candidate — in this case, John McCain."

- McCain senior campaign strategist Steve Schmidt
Dictated but not read by StarkNY at 10:32 AM