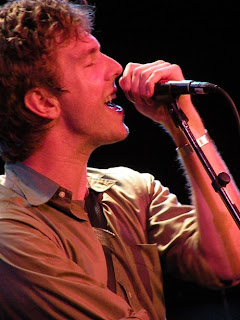 "Tuesday night's second sold out Walkmen's show at the Bowery Ballroom restored my faith in music... A bold statement and perhaps I'm biased (Pussy Cat's is in my top 10 albums of forever)... but I think You and Me will easily make the top albums of '08 lists across the board. Live, Hamilton Leithauser's (greatest name ever) vocals killed, even when he was almost shouting. The energy was high, the horns were an amazing addition, and the songs (old and new) have never sounded so good. FYI... The White Rabbits, dressed like they were off for a yachting excursion, were also in attendance. They are apparently working on a follow up to last year's Fort Nightly."
-Karp - Stark guest contributor and photographer 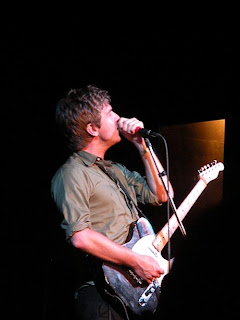 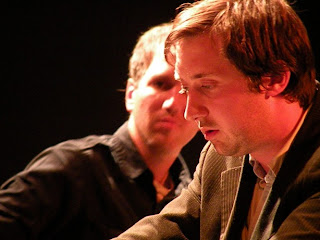 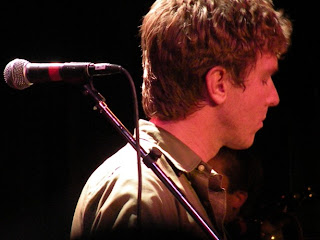 Dictated but not read by StarkNY at 8:32 AM

Email ThisBlogThis!Share to TwitterShare to FacebookShare to Pinterest
Labels: Bowery Ballroom, The Walkmen, White Rabbits, You and Me

is that Chris Martin?

ha! no but i suppose he does look a little like chris in these pictures... but he's much taller and doesn't wear the same dusty coat at every show.

I thought this was a great show. I am not as blown away as everyone else is by the new record. There. I said it.