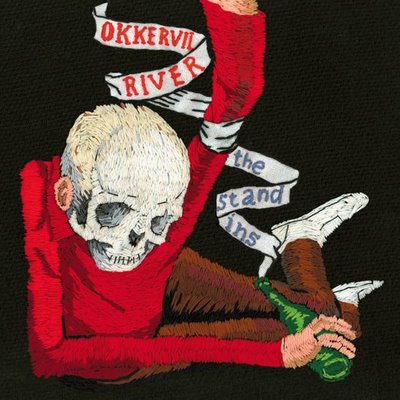 Thanks to Pop Tarts Suck Toasted for posting these new Okkervil tracks from their upcoming album The Stand-Ins due Sept. 9.

Well, it's still Okkervil River. "Pop lie" incorporates Okkervil's standard musical structure of hard-strumming riff-rock releasing into an easily repeatable and uncannily-catchy chorus. "Lost Coastlines" showcases Okkervil's ability to infuse double-time pop lines and lyrical balladry, combining amid an eclectic instrumental mix. Strings, mandolins, reverberating banjos, and tambourines join Will Sheff's falsetto and group 'la-la-la' harmonies creating a rich, full sound. The production is cleaner and more pronounced in these tunes, which detracts from the sweeping nature captured in The Stages Names. As noted by Pop Tarts, the tracks sound very much like a continuation of its aforementioned predecessor, but nonetheless intriguing.

Enjoy.
Dictated but not read by thestarkonline at 2:37 PM

LOVE the new tracks--- the new record will be nothing short of amazing, I sense.

I agree--- I don't know if it can top Black Sheep Boy - that album was epic.