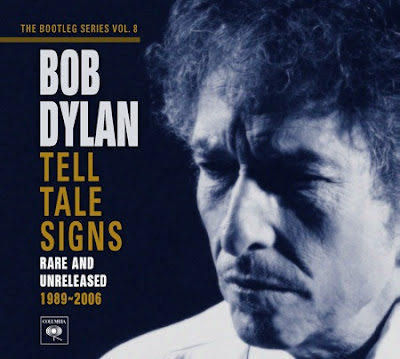 Usually a widely celebrated event, the Bob Dylan camp announced today the release of the 8th installment of the Bootleg Series entitled Tell Tale Signs. This collection draws from the later era of Dylan's career ranging from albums Oh Mercy to 2006's Modern Times and features numerous outtakes and live versions of the songs contained therein. If you head to BobDylan.com and sign up, you can download the previously unreleased "Dreamin' of You" for free. I guess you can teach an old dog new tricks. Columbia releases the three disc Tell Tale Signs on October 7th. Track listing after the jump...

I was blown away by the free download of "Dreamin of You" -- it's actually in the running for one of my favorite Bob Dylan songs. I mean, I loved the seventh Bootleg release, but the less cover songs and the more Dylan originals the better!