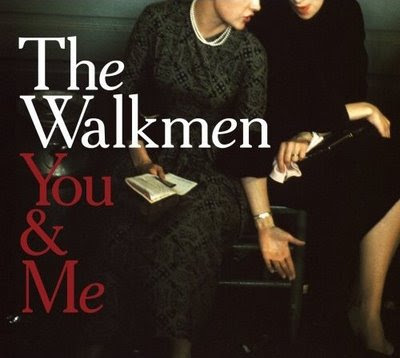 The Walkmen - "The New Year" - mp3
Saw this on GVB this morning, and as things have been a bit crazy for Stark of late (see MGMT/Ting Tings show at McCarren pool) we haven't had time to get to the stack of new stuff to listen to in our in-box. We'll get some new tunes up there soon though.

As a side note - the pool was insane. MGMT sounded better than I had expected, and when they began playing "Time to Pretend" the huge crowd went nuts. MGMT has clearly graduated from small time rock/"indie" band to a full blown major-label pop/rock success. It will certainly be a shame not to have the pool around next summer. Go HERE for the rest of the schedule including a KILLER line-up this Sunday of Deerhunter, Black Lips, and King Khan.

I have to agree with GVB's assertion that You & ME is one of the best records so far this year. Whereas the Walkmen's previous release A Hundred Miles Off was energy filled and Dylan-esque, it lacked in really quality material. Their newest offering, takes all the best aspects of A Hundred Miles Off and adds a darker tinge to the sound. You & Me works the classic tension/release songwriting motif perfectly and succeeds wonderfully as a complete record. The songs build nicely and have a distinct rising action peaking with singer Hamilton Leithauser's classic rock wails.

You & Me is now available for download (320 kbps mp3) for $5 HERE. Not only will you be getting a great freakin record you will also be benefiting charity. Every cent will go to the Memorial Sloan-Kettering Cancer Center, as part of AmieStreet.com's "Download to Make a Difference" campaign. You & Me is officially released 8/12 on Giagantic. From the press release:

"All donations go to Memorial Sloan-Kettering Cancer Center in honor of Luca Vasallo, a friend to the band and a current patient who is seven months old and doing a great job fighting a very difficult disease," said Peter Bauer of The Walkmen. "This is a very good organization that certainly deserves the attention."

Dictated but not read by StarkNY at 10:46 AM

Email ThisBlogThis!Share to TwitterShare to FacebookShare to Pinterest
Labels: The Walkmen, You and Me