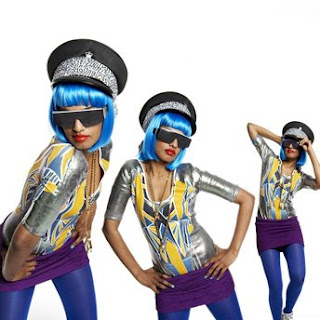 So I just finished the fresh hell that is law school exams, and after roughly three days of sleeping and a full day of the Deadliest Catch Mother’s Day Marathon, I am proud to say that I’ve re-entered the world of the living, refreshed and ready to go to shows. Here are a couple that I’m pretty pumped for this summer…or, six, because it’s my lucky number.

The Raconteurs, 5/30-1 at Terminal 5
I’ve seen them twice, once when they opened for Bob Dylan. Now, I won’t say that the Racs put on a better show than Dylan, because holy hell, that would be sacrilege, and also false. The two aren’t easily compared. I will say that while Mr. Zimmerman had on some very fetching sparkly pants, he didn’t touch a guitar the entire show. Jack White’s guitar solos, however, were positively incendiary. (Dylan: “Hey, I’m incendiary too man…”). Bottom line, if you’re looking for a great rock show, go to this concert. Plus, the bassist kind of looks like Marcy from Peanuts, and strangely, that’s not a bad thing. Tickets on sale now.

GZA, 6/4 at Nokia Theatre
I’ve been on a Liquid Swords kick recently, thanks to a friend who suggested I dig it out of retirement. I’ll be honest—I haven’t listened to any new new stuff, but I’m sorry, how good is Liquid Swords!? Not sure about the venue here, as I’ve never been, and it might be a little big. Tickets on sale now.

M.I.A., 6/6 at Pool,
Okay, yes, tickets are sold out, and you probably don’t want to pay three billion dollars per ticket on StubHub. However, my friend recently received two tickets as a gift, and while she understandably feels pressure to take the person who gave them to her, she DID say she might take me. That WAS after three margaritas and a heart-to-heart at that weird secret phone booth bar inside Crif Dog, so I’m not holding her to it, but here’s hoping…

The Butthole Surfers, 7/29 at Webster Hall
Their album covers were always so gross, but Independent Worm Saloon was always my favorite, and Gibby Haynes is a badass. Tickets on sale now.

Wolf Parade, 7/31 at Terminal 5
Yeah, they’re a little yelpy, often sparking inept comparisons to Clap Your Hands Say Yeah, but if you can deal with super-indie vocals, this band is great. And come on, if 14-year-olds can get past Conor Oberst’s emo-bleat, you can digest Apologies to the Queen Mary with ease. Put on a plaid shirt, order a Maker's Mark on the rocks, and enjoy yourself. Tickets on sale now.

Dictated but not read by StarkNY at 9:22 PM

nice to see some hip hop on this site

Law school exams are hellish? I'm skeptical. Sounds to me like you need to just suck it up and be a man, McCarthy.

Everyone says the Raconteurs are awesome (except the people who haven't heard of them and wonder why you're asking them about a band called the Rack Hunters). My goal this summer is to get to know them. Not personally - just their music.

A buddy of mine in high school liked the B-hole Surfers - I was too scandalized by their name to listen them. My virgin ears! Maybe I'll give 'em a chance now. I'll just pretend that they're called the Tushie Skiers.