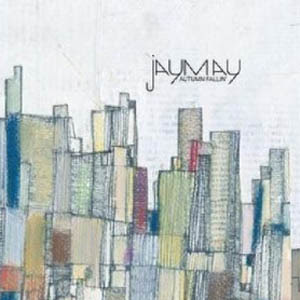 Jaymay, an indie-folk artist from New York releases her debut record Autumn Fallin' on March 11 via Blue Note Records. Jaymay, a.k.a Jamie Seerman, is not new to the New York songwriter scene. Jaymay, only 26, has built a solid fan base with numerous shows throughout the New York area and released an EP entitled Sea Green See Blue, which garnered praise and attention from local tastemakers. Yet, Jaymay decided to move to London where she recently enjoyed success touring with big name bands such as Bright Eyes and Okkervil River. Jaymay recently returned to New York and will be playing a show at New York's Mercury Lounge on March 19.

A deep seeded love for Bob Dylan seeps through the songs and stories of Autumn Fallin', albeit in unexpected ways. However, the songs on their face sound little like Dylan. Although both share a confident vocal delivery, and can be loosely categorized as "folk", Dylan's influence manifests itself in more subtle ways. The similarities come through not in the melody, but the phrasing of Jaymay's verses. Distinct accents placed on certain lyrical-syllables, give emphasis to words that without accent, could have completely different meanings. The listener must almost envision Dylan singing the verses— once that connection is made the influence becomes obvious. A connection this deep can only come from years of listening to and forming personal relationships with Dylan songs. In a way, it gives the album another level, another way for the listener to access the heart of the album.

Autumn Fallin' traces the course of a fracturing relationship, and deals with emotions of loss, despair, and ultimately the acceptance of what that relationship had become. The true gems of the album come at the end with songs, "You are the Only One I love" and "Ill Willed Person". “Love everything you’ve always loved” Jaymay sings, urging her lover not to change— not to feel bad about their differences, but to accept the reality of the situation. The sing-along chorus that ends the record has a way of lifting the listener out of the heartbreak that pervades most of the album—it gives one that final emotional swell, bringing you full circle to the sentiment that opened the record — a sense of hope.

Amazon
Dictated but not read by thestarkonline at 11:47 AM