The Raveonettes: Making the Scene 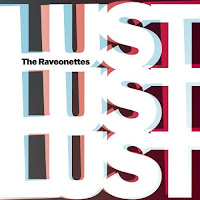 Recently released on Vice Records, Lust Lust Lust, is the latest from The Raveonettes. However, pitchfork’s review of the album didn't entice me to buy the LP. Instead, it was an excerpt from writer Stephen Deusner that had me purchasing the band's 2005 release, Pretty In Black. Deusner wrote, "Lust Lust Lust is the Raveonettes' third full-length, and on first spin, it might sound like a step backwards. Their previous effort, 2005's Pretty in Black, was a look-at-me effort that scrubbed the grime off their past work and expanded the duo into a full band with guests like Mo Tucker and Ronnie Spector. But it also proved the Raveonettes don't clean up very well; they're most presentable when they're not presentable..." 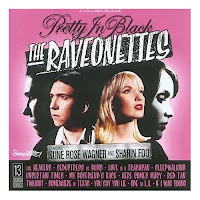 Pretty In Black, has proved to be an eclectic mix of musical genres to say the least. Songs such as "The Heavens" and "Uncertain Times" recall bouts of Uncle Tupelo balladry, with a solo acoustic guitar, bass and harmonies presented on a backdrop of record-crackling rawness. The album changes gears in "Love In A Trashcan," with a guitar intro that is reminiscent of Sonic Youth circa Daydream Nation and a chorus that boasts lines such as, "People say she's a whore anyway/I think she looks like a nice vamp/Looking for love in a trashcan." The album leaves you searching for a classification, but then you say to yourself, who cares, it's a good album.

I have yet to listen to Lust Lust Lust, but if it in anyway echoes the musical synergy inherent in Pretty In Black, then they have done something right.

Dictated but not read by thestarkonline at 10:23 AM