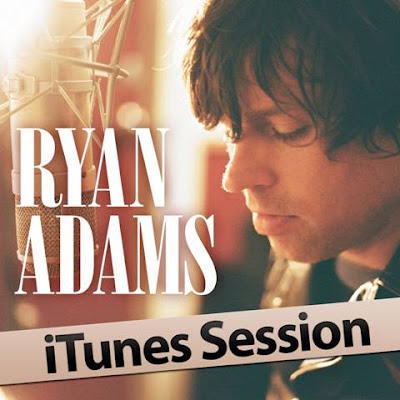 It's major label Tuesday here at Stark I guess. Ryan Adams today announced the April 24th release date of an iTunes session to follow up his excellent Ashes and Fire which he released to great acclaim in 2011. There are 8 solo performances by Adams, "recorded at the historic Capitol Studios in Hollywood. The track listing features a mix of Adams classics from his 2000 solo debut Heartbreaker, the Whiskeytown era “Houses On The Hill,” and songs from his acclaimed new album Ashes & Fire. The session also includes a cover of Bob Mould’s “Black Sheets of Rain.”

In other fantastic news, Adams joined our good friends Haim last night on stage at The Echoplex in Los Angeles for a cover of Fleetwood Mac's "Oh Well." Haim will be in NY May 4 and 5 for two shows. Movin' on up.
Dictated but not read by Starkny at 4:34 PM