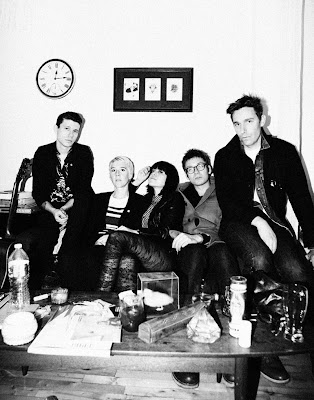 Crocodiles are one of those bands that have managed to cut through the noise and stay on Stark's radar longer than most bands. Perhaps it was the amazing show we caught long ago at Pianos, or Crocodiles' innate ability to channel vintage noise rock we love (Jesus and Mary Chain) but we're still excited whenever we hear news of new music. Yesterday, they announced their third LP and first for Frenchkiss (after leaving Fat Possum), Endless Flowers, releasing June 5th. They're going to be hitting SX hard, and playing two NY shows Glasslands and Mercury April 11 and 12. Full tour dates after the jump. The new track sounds great - brighter - catchier - with flashes of Pains of Being Pure at Heart, but with some balls. The textures are thick, and the guitars piled on top of hook-laden male female vocals. Very glad these guys have managed to stick around.

Dictated but not read by Starkny at 10:55 AM