Keeping Up With Norah Jones 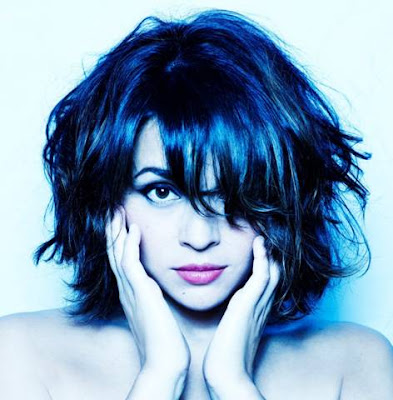 Today Norah Jones announced the release of her new album Little Broken Hearts (Blue Note/EMI), a collaboration with the producer and musician Danger Mouse, dropping this spring. Of course, this partnership was formed during their collaboration on the much acclaimed album ROME. Jones and Danger Mouse share the songwriting credits and perform the majority of the instrumental parts; Jones on piano, keyboards, bass, and guitar, and Danger Mouse contributing drums, bass, guitar, keyboards, and string arrangements. Norah Jones will be touring heavily around this release leading into the summer festival season. Jones advocates will lobby that pairing with Danger Mouse is the final step to establishing true critical "credibility" while detractors will argue that this album pairs a sleepy artist with an even sleepy-er producer. The test will be in the material!

On a more jovial, and Stark-focused front, we've been loving The Little Willies' (Jones' country side project) new album For The Good Times out now (Blue Note / EMI). As honest lovers of the original versions of these songs, we feel comfortable stating that there are not many artists out there who could do justice to these tunes, but somehow the Willies manage to capture the true nature of these songs without sounding hoakey (for the most part). Besides being ace pickers, these folks (Jones, Richard Julian, Jim Campilongo, Dan Rieser, Lee Alexander) truly love and understand these songs inside and out - and in the covers game, that makes all the difference. Highly recommended. The below video of "Jolene" is dedicated to my roommates, and our Christmas tree. RIP.

Dictated but not read by Starkny at 11:44 AM