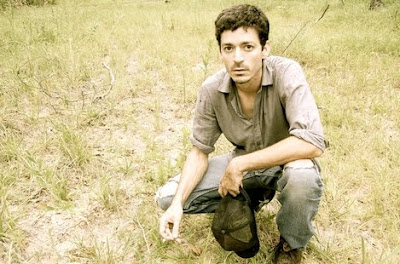 Believers is ten new songs by A.A. Bondy.
They were conjured during and between dreams, in bare rooms,
and on the late night streets of America.

It was recorded in the spring of 2011 by Rob Schnapf at Mant/Kingsize Studios in Glassell Park, California. Musicians include Ben Lester (drums, piano, pedal steel) and Macey Taylor (bass).

Believers is the follow up to the 2009 album When The Devil's Loose, and is Bondy's third for Fat Possum Records.

Dictated but not read by Starkny at 10:03 AM