Last of the Country Gentlemen 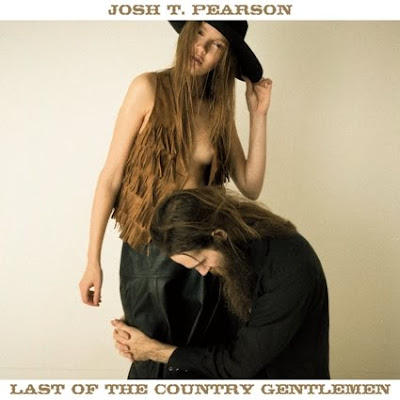 [mp3] Josh T. Pearson: "Woman I've Raised Hell"
When you see videos of Josh T. Pearson playing, you're forced to wonder "why haven't we heard about him sooner?" Well, some very astute people DID know him from his previous band, the mythical, if little known cult act Lift to Experience, which was met with widespread critical praise. But for us noobs, Pearson's new album Last of the Country Gentlemen (out now, Mute) was our first introduction. It has not disappointed. We won't gloss over the fact that some of the songs are too long. I know, that's not the point... BUT, despite being a dead ringer for a young Stonewall Jackson, Pearson can craft a beautiful melody with sad, flowing, lyrical threads that are as thought provoking as they are emotive. Pearson is a true talent and a modest, yet legendary character in his own right. We're certainly glad Mute is on board and bringing his talent to the masses.

Dictated but not read by Starkny at 12:36 PM

Email ThisBlogThis!Share to TwitterShare to FacebookShare to Pinterest
Labels: Josh T. Pearson, Last of the Country Gentlemen, Lift to Experience